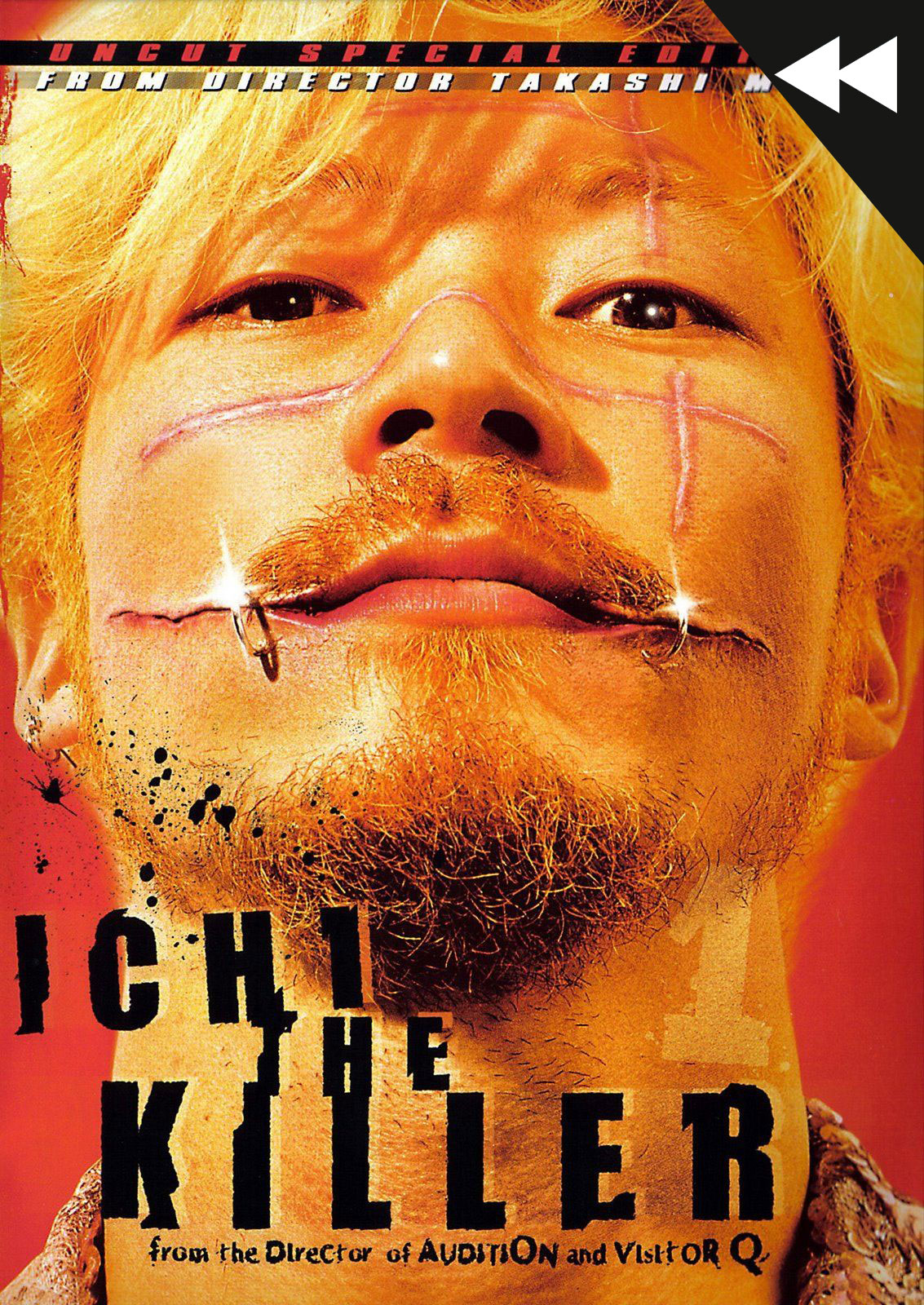 It was a day like any other in the gangland of Shinjuku. While powerful Yakuza boss Anjo entertains himself with a whore, his men hang around in the office, leaving their boss unattended. Next day, Anjo has vanished, together with 100 million yen from the safe and the prostitute he was with. Kakihara, Kaneko and Takayama, loyal members of Anjo’s gang, set off on a desperate search for their missing boss that turns the town upside down. Their coercive and violent manners are seriously upsetting the otherwise peaceful Yakuza food chain. With the help of a mysterious club hostess, Karen, Kakihara discovers that the mastermind behind Anjo’s disappearance is Jijii, an old gangster reject with a grudge. By torturing Jijii’s subordinates, Kakihara gets closer to Jijii’s hired killer, the physically powerful but mentally unstable Ichi, who is on the verge of a mental breakdown. From Japanese screen violence maestro Takashi Miike (The Audition, City of Lost Souls, Dead or Alive II) comes a brand new thriller based on the popular comic series Ichi The killer. Beyond the simple story of a gangster’s search for the man who took out his boss, lies a complex character study of a bunch of extreme sadists and masochists. Tadanobu Asano (Gohatto, Electric Dragon 80.000 Volts) incarnates masochistic gangster Kakihara. Cult directors Sabu (Monday) and Shinya Tsukamoto (Tetsuo) respectively portray a cowardly yakuza and the mastermind of the gangland blood bath. And Hong Kong actress Alien Sun (Island of Greed) plays the enigmatic Karen.