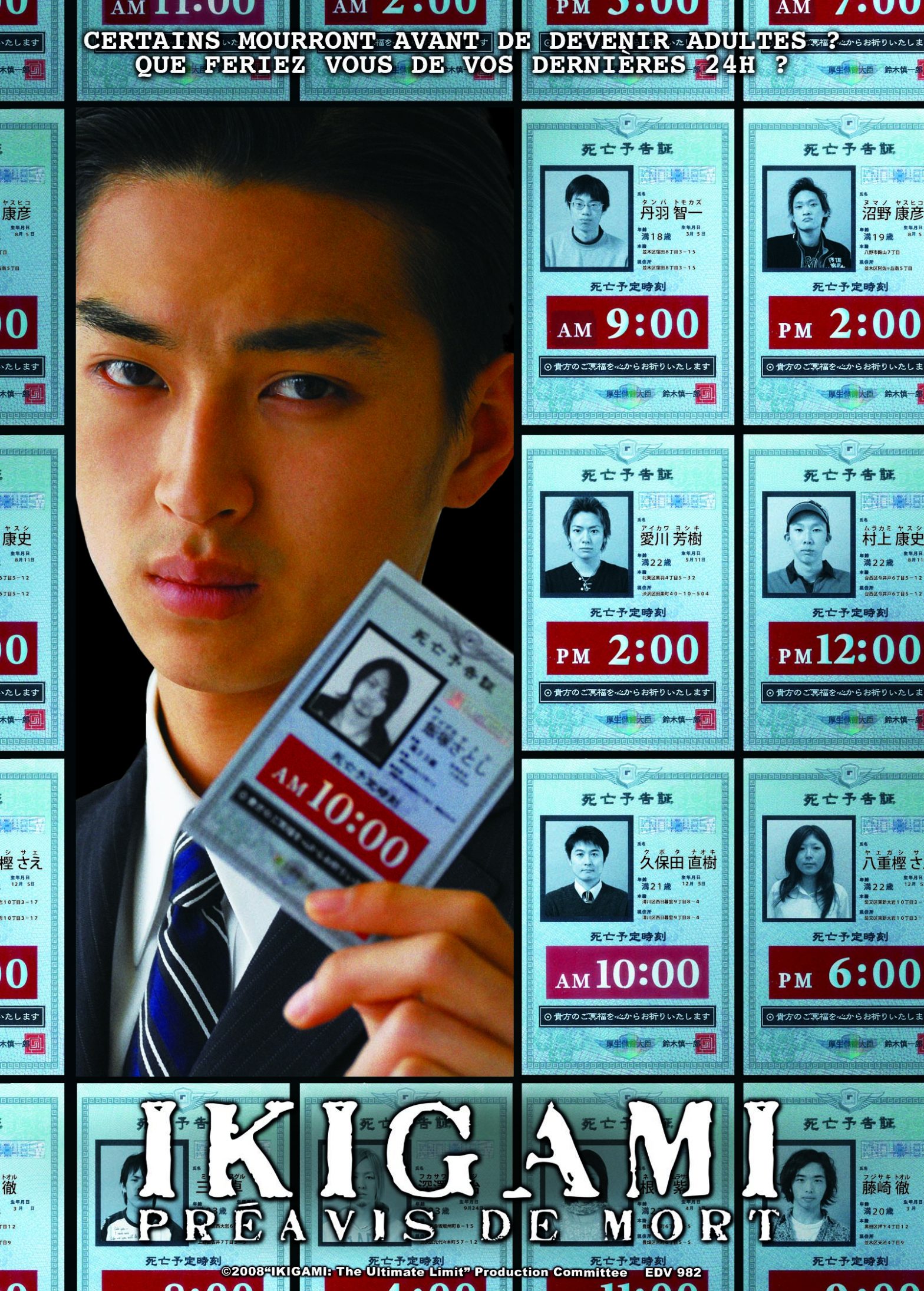 One law to govern them all, one law to make them savour every minute of their existence, one law to maintain national prosperity. Every year a big vaccination program takes place during the opening of the school season. One pupil out of a thousand between 18 and 24 years old is arbitrarily condemned to death thanks to a capsule injected with the vaccine. 24 hours before their death, these citizens receive an “advance notice of death”, indicating the exact day and hour of the detonation of the capsule. Civil servant Fujimoto is charged with delivering these fatal letters, called “Ikigami’s”, to the families. How will you live the last hours of your life ? You might wonder if there are still manga’s out there that haven’t yet been adapted into a movie. But it will not surprise anyone that Ikigami got the big screen treatment. This manga of Motoro Hase is in Japan almost as popular as Death Note. Hase wrote the script himself, while Tomoyuki Takimoto ( The Investigation Game ) stood behind the camera. The concept behind the manga – what would you do if you only had 24 hours to live ? – was successfully translated to film. Ikigami : The Ultimate Limit guarantees 134 minutes of tension, drama and emotion, with an intense performance by rising star Matsuda Shota ( A Cheerful Gang Turns The Earth ) as the modern Angel of Death Kengo Fujimoto.