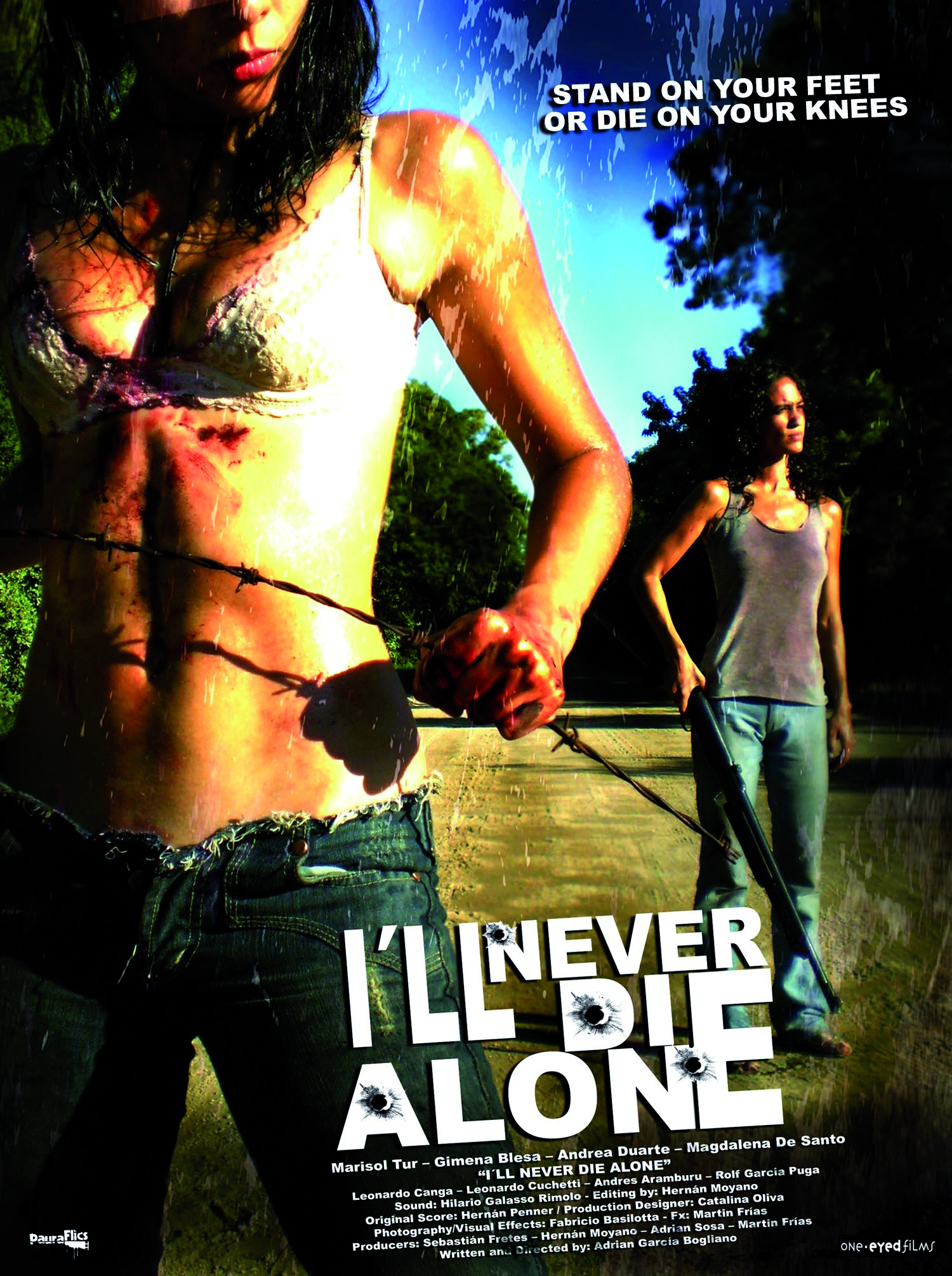 Once you have experienced the big city with its shopping mall, trendy bars and boys who don’t smell of sweat before 5pm and who do not greet you by putting their hand on your ass, going back to the countryside can be traumatizing. Especially if this countryside is located in the deep south of Argentina, where the Charles Bronson moustache and denim shorts are still fashionable and where boring afternoons are spent raping and murdering passers-by. When fresh meat, such as Moira, Carol, Leonor and Yasmine, enter the area, it sets panties and triggers on fire. Until this day, the huge revival of seventies genre cinema has left aside the rapeand- revenge subgenre. Adrian Garcia Bogliano ( 36 Steps at the BIFFF 2008 ) has managed to fill this gap. That being said, I’ll Never Die Alone is certainly not an excuse to show some gratuitous sexual transgressions. Bogliano has clearly been inspired and pays homage to movies such as Funny Games, Sorcerer, Deliverance, A History of Violence or I Spit on Your Grave. His way of filming violence is more realistic and harsh, with painfully long and sometimes unbearable shots. I’ll Never Die Alone is one very disturbing viewing experience and the confirmation of Bogliano’s talent.