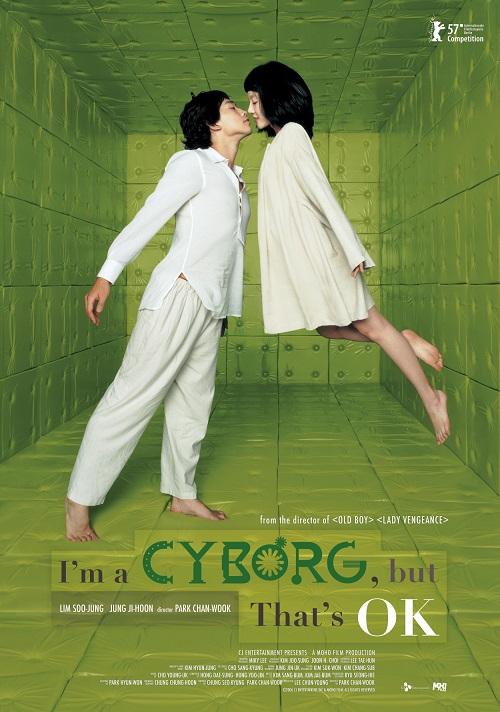 I’M A CYBORG BUT THAT’S OKAY

With his scripts that are as complicated as they are traumatizing, we’re used that Park Chan-wook makes us question everything. And that’s a constant in all his productions, except maybe for this curious gem with the intriguing title I’m a Cyborg, but that’s Ok (2006). In this poetic and light-footed movie the Korean master takes us to an asylum where we meet two exceptional people. Lim looks totally human, but she’s convinced she’s a robot. And handsome Rain thinks he can make souls fly with the power of his imagination. The visible and the invisible become entangled with one another, while you get swept away by breathtaking cinematography and a rock solid script.