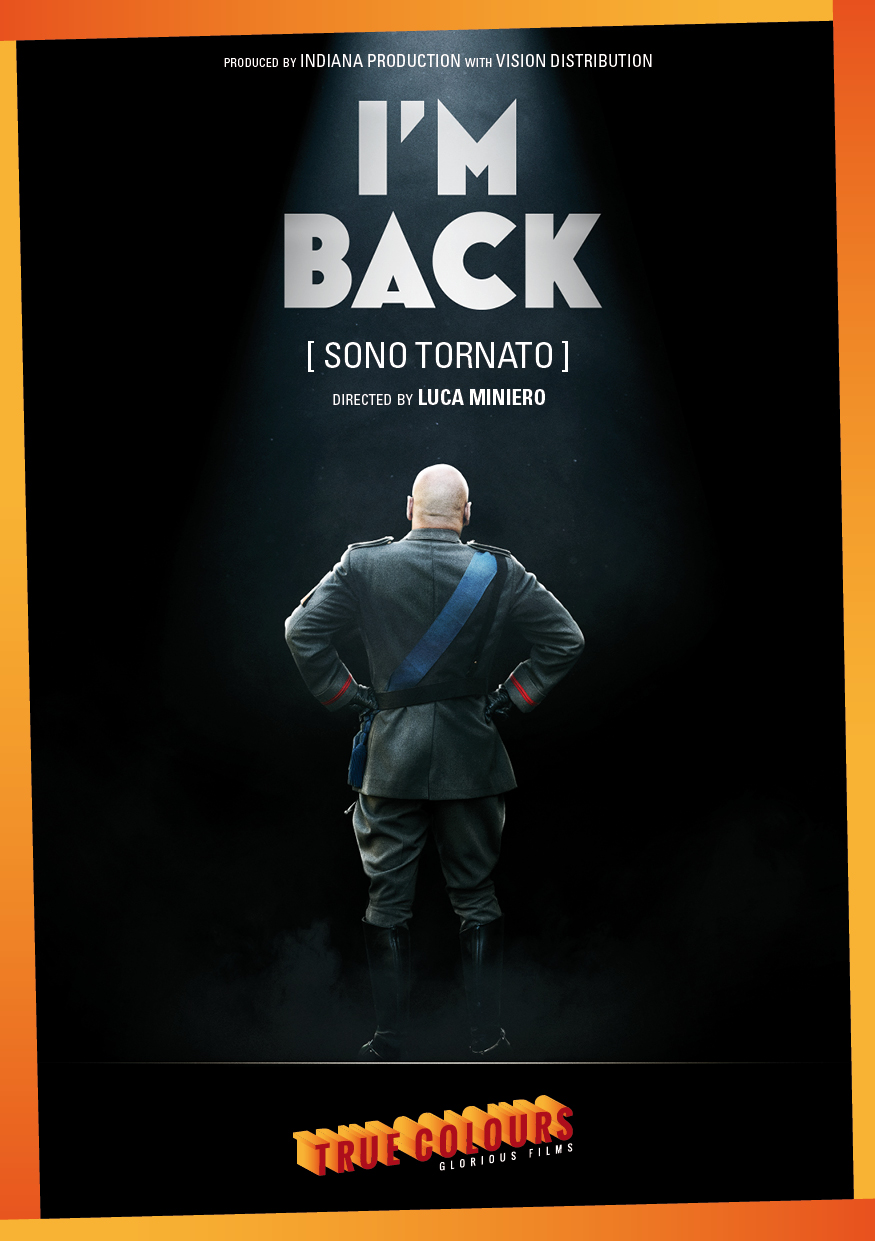 A stout man in uniform wakes up at the Piazza Vittoro and notices with great contempt a bunch of dark skinned kids playing football. “We’re under attack”, he scornfully mumbles. He gets up, wipes the dust off his uniform and swiftly walks on until he gets to a newsstand. He sees the date and instantly faints. More than half a century after his death, Benito Mussolini finds himself back in Rome, in an Italy where populism prevails and anti-politics are deeply rooted. He meets laid off documentary filmmaker Andrea Canaletti who introduces him to the ultimate propaganda machine: television. The Italian people welcome him with open arms. Nothing seems to have changed… In 2015 David Wendt directed LOOK WHO’S BACK, based on the eponymous German bestseller by Timur Vermes, in which Hitler becomes a hit in contemporary Germany. In I’M BACK, Mussolini returns to an Italy that seems to have been waiting for him. This bitter satire, accompanied by Toto Cutugni’s L’Italiano, dissects Italy as a democracy that could come apart at any moment.