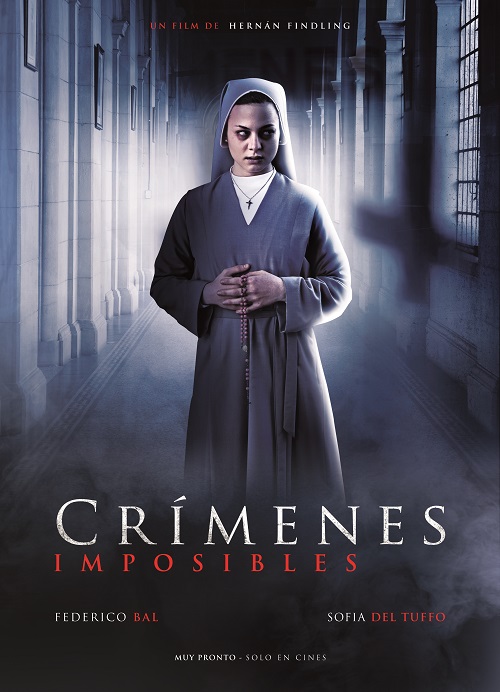 Lorenzo Brandoni is a seasoned police detective who’s lost his family in a tragic car accident. One day, he’s confronted with a series of bizarre deaths that just don’t add up in any logical sense. To make matters worse, he gets a telephone call by a young nun who’s known as a devoted servant in the community. She claims to be possessed by an evil force which makes her commit these atrocious crimes. At first, the skeptical policeman refuses to consider a supernatural explanation. But the murders don’t let up and soon, he develops an understanding with the young woman. Doubt creeps in and when she invites him to look into his own heart, he’s faced with a dilemma: should he cling to his cherished convictions or should he make a leap of faith? This suspenseful religious thriller from Argentina fishes in the same troubled waters as THE EXORCIST, THE EXORCISM OF EMILY ROSE, and THE NUN. But brace yourself for a postmodern twist that wouldn’t shame Charlie Kaufman! Among the actors, we notice familiar faces like Sofía Del Tuffo (LUCIFERINA, BIFFF 2018), Marcelo Sein (DEAD MAN TELLS HIS OWN TALE, BIFFF 2017), and Carla Quevedo (THE SECRET IN THEIR EYES).