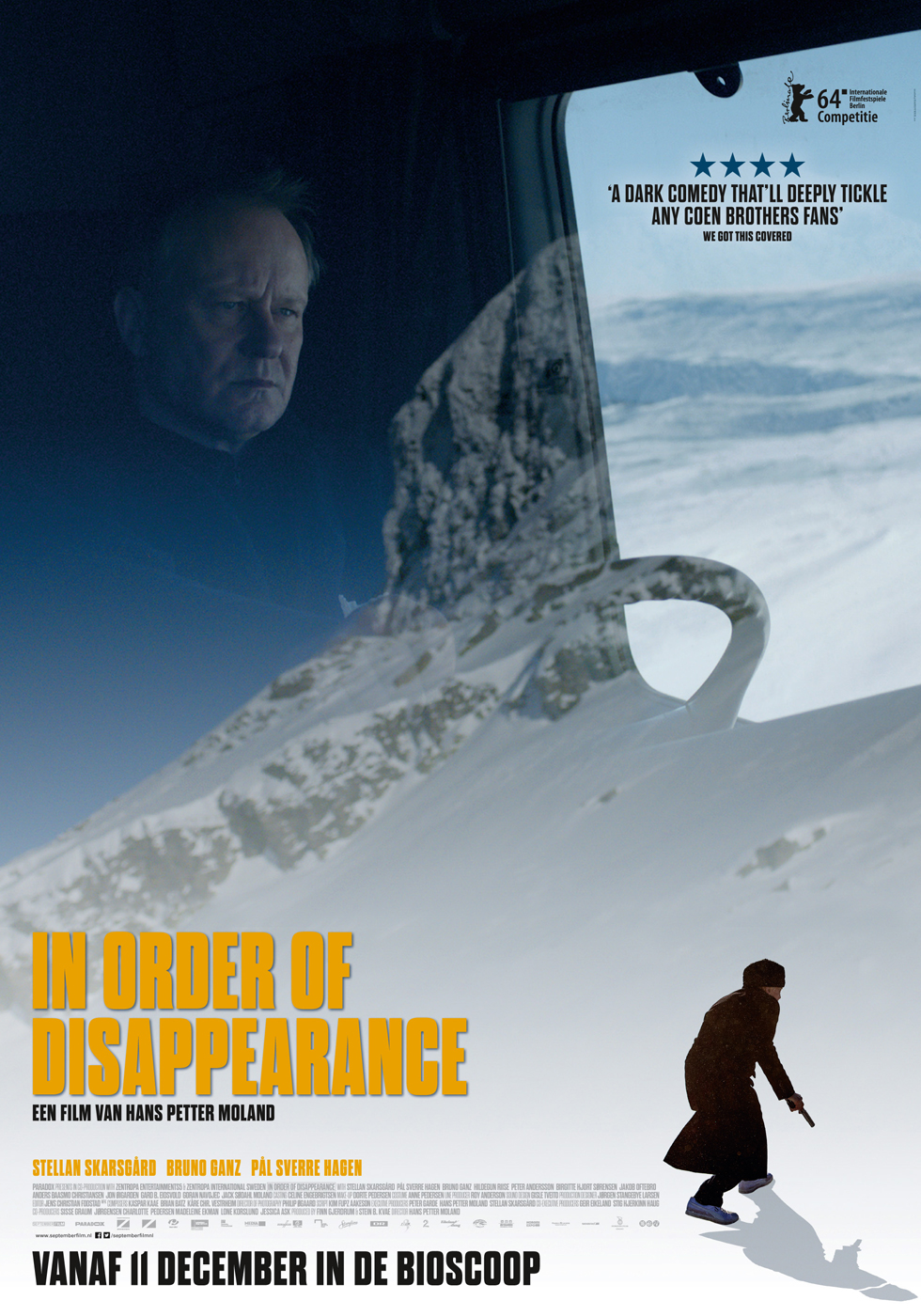 IN ORDER OF DISAPPEARANCE

Nils has turned fifty and leads a repetitive life by driving with his snow plough across Norwegian roads. He has always perfectly behaved like a model citizen even to the degree that he got elected as Citizen of the Year. But the night before the ceremony, Nils finds out that his only son died of a drugs overdose. From then on, his life starts to crumble around him. His grief-stricken wife leaves him and, on top of that, he discovers that his son was actually killed by a gang of drugs dealers. The thin layer of civility, to which he has clung to all his life, rapidly melts way. They can stuff their Citizen of the Year trophy up their…

Scandinavian cinema is known for its black and undercooled humor. In Order of Disappearance is a true gem in this genre. The film is director Hans Petter Moland’s fourth collaboration with Stellan Skarsgård, whom we know from Lars von Trier’s films, but also from big blockbusters such as Thor and The Avengers. Its cold atmosphere reminds you of Fargo, while the bodies pile up in a Tarantino-esque way. This Norwegian Kill List won, among others, the Best International Film Award at Fantasia Montréal.