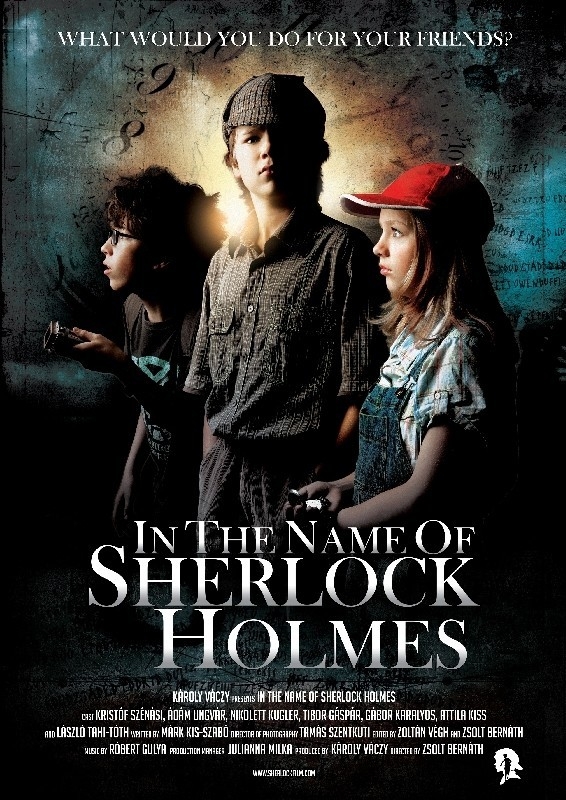 IN THE NAME OF SHERLOCK HOLMES

Two boys, die-hard fans of Sherlock Holmes who call each other Holmes and Watson, are about to have the adventure of their life during the summer school holiday. They live in a small country town where strange things happen, but the adults don’t take any notice of it. More and more kids disappear, only to appear again later, seemingly unharmed. But they are somewhat different, changed, transformed. Watson has started his own investigation before, but didn’t get very far. For Holmes this case isn’t only an intellectual challenge but he genuinely wants to help. Stepping into the investigation immediately brings creepy results: a witness confesses to have seen a monster kidnapping one of the victims, and on one of the school photos someone has marked the next victim to go… Clue after clue, they will try to solve the mystery “In the Name of Sherlock Holmes”. Director Zsolt Bernath has gathered the team again of his See No Evil ( 1999 ) for a good old fashioned fantasy mystery for the entire family. It strongly reminds you of the kids adventure films from the 80ties, when directors weren’t afraid to show them battling werewolves, vampires, thugs and other villains. In The Name of Sherlock Holmes is a dark and mysterious supernatural journey that will delight and surprise you.