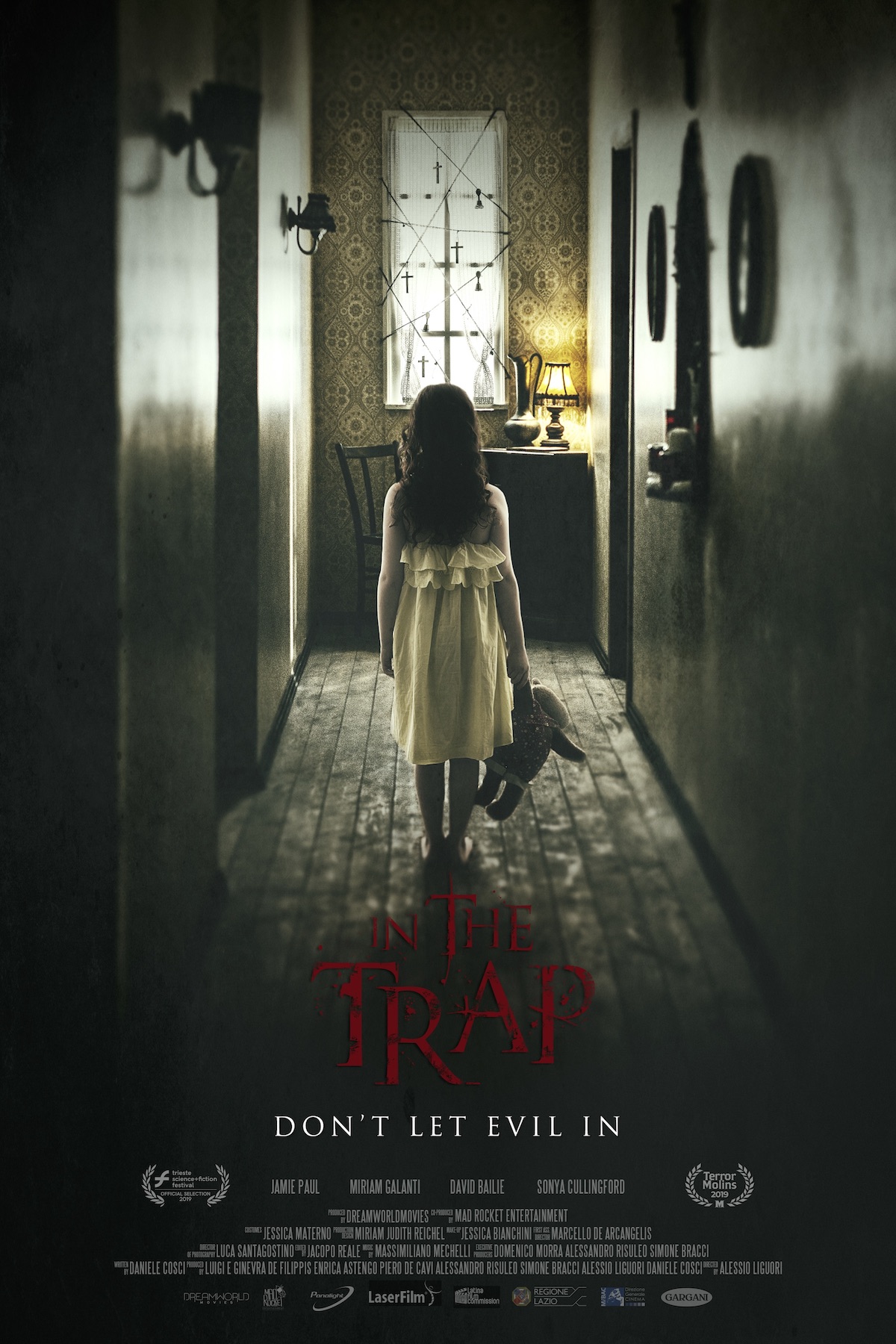 Already feature film #3 that comes out of our young genre film market, our beloved BIF Market, and that in just 4 editions! That’s our ripple in the economic pond! But enough shameless self-adulation (for the moment), let’s get down to it. Philip lost his sister years ago. She died under very suspicious circumstances, turning Philip into an agoraphobic hermit held up in his own apartment by a demonic entity. Sure, living together isn’t going smoothly, but at least Philip gets to decide how to decorate the place, opting for Christian icons and crosses while his evil roomie lightens the mood: slamming doors, statues that move, blood on the walls, a soundtrack of screeching violins, the whole shebang. Luckily Father Andrew is there to support him and the future is looking bright when he even manages to find a girl he likes, a musician called Catherine. But a certain something else is also taking a liking to her… The Gospel according to Alessio Liguori is a debut feature full of schizophrenia, belief and exorcisms that, naturally, brings to mind THE EXORCIST, but also THE BABADOOK.