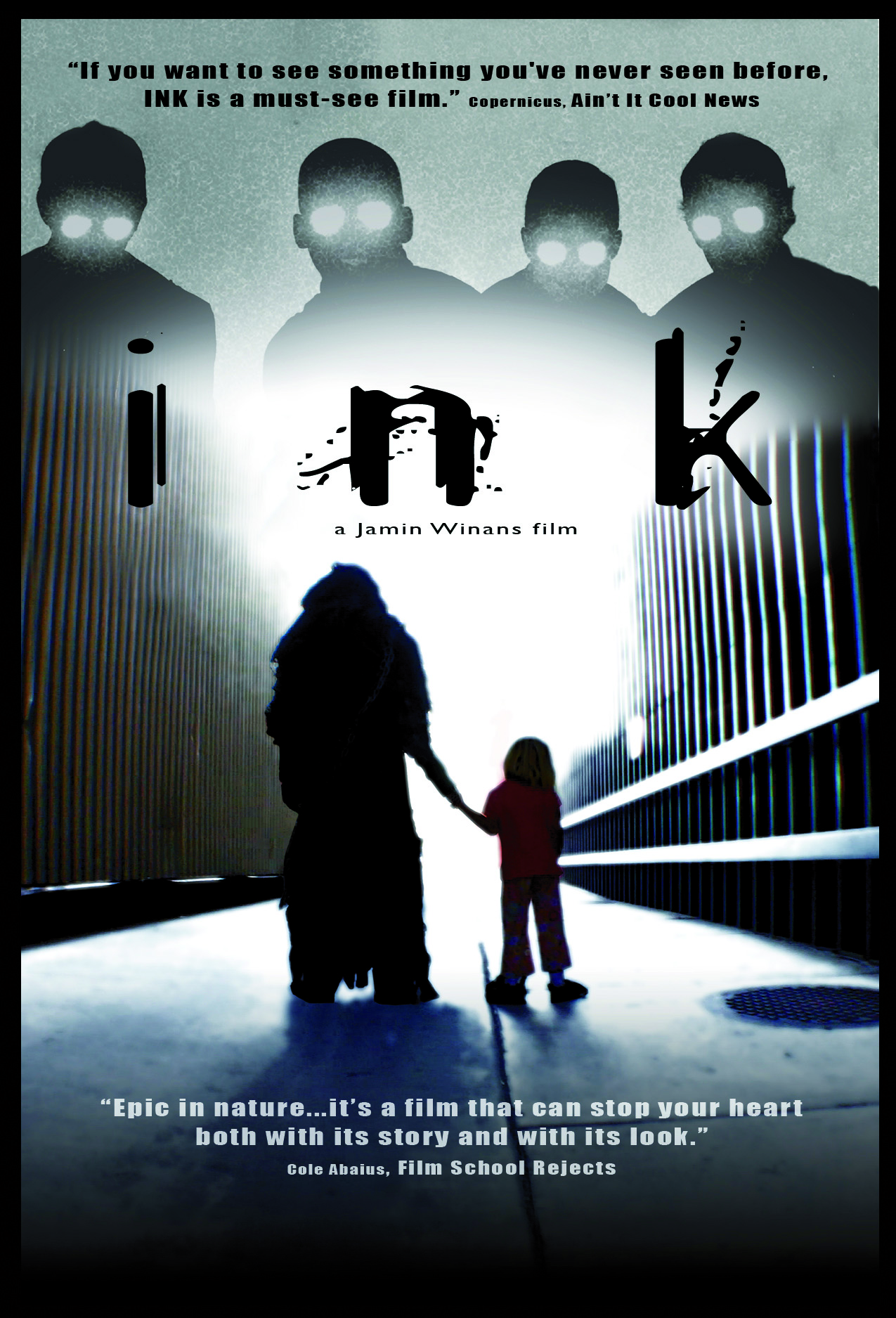 When night falls and everybody goes to sleep, two completely opposite forces appear. They are invisible to us, but the power they have over our dreams is real. Every night a battle takes place for our soul. One force gives us hope and strength through our dreams. The other side infuses us with desperation and despair through nightmares. John is a merciless businessman, whose family got sacrificed on the altar of his career. When his wife dies in a car crash, his parents-inlaw are awarded custody of their daughter Emma. One night, Emma is kidnapped by Ink, a shadowy figure who wants to join the ranks of the nightmare bringers. What follows is a race against time to save John’s soul and to rescue Emma from an eternal nightmare. Ink is a contemporary fairytale that weaves an impressive web between our reality and the world of dreams. Even though the film finds inspiration in classics such as Brazil, Donnie Darko, The Matrix, Dark City and Pan’s Labyrinth, director Jamin Winans and his devoted cast and crew succeed in creating a unique universe with enchanting images and unforgettable characters. Years of work were put into this little Indie pearl. Ink’s success and popularity does not come from an expensive publicity campaign, but from the word of mouth recommendations of its many enthusiastic fans.