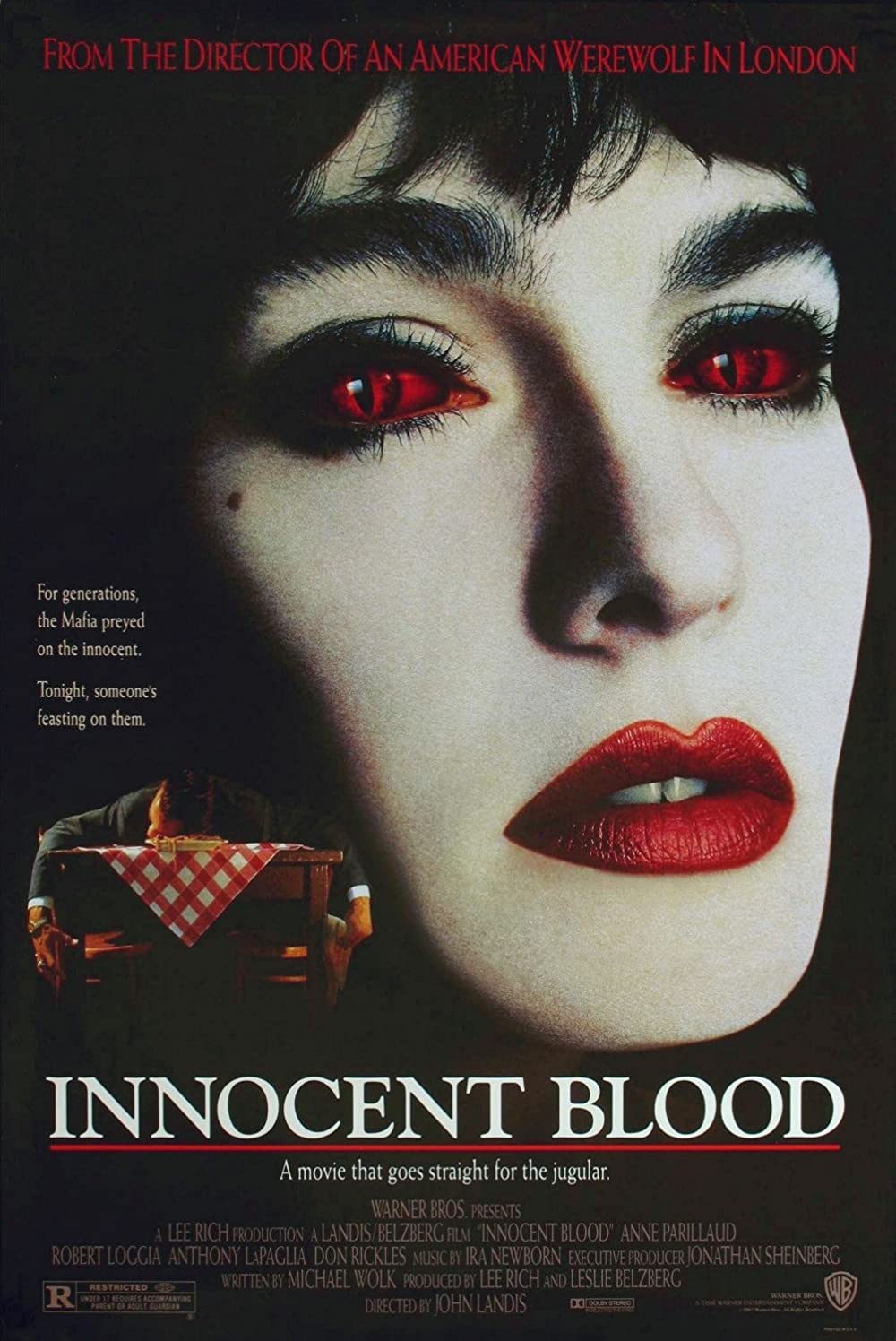 Marie is a beautiful and sensual female vampire confronted with a terrible dilemma: her deep respect to life is in conflict with her survival, which forces her to continuously kill. To preserve her conscience, she only drinks criminals’ blood. While chasing Sal Macelli, a Mafia’s godfather, she meets Joe Gennaro, an undercover cop in Sal’s gang. Like Marie, Joe is lonely, has no friends, and understands the concerns of the young woman. Both decide to work together in order to put an end to the thug’s gloomy career. However, Sal Macelli is so evil and greedy that he also becomes a vampire. Unlike Mary, the new life of Sal does not bother him, he actually adapts perfectly to it, and his taste for crime transforms him into a vicious and destructive demon. Marie and Joe understand that they must do something fast and efficient if they want to prevent Pittsburgh from becoming the Transylvania of the 21st century.

Like in AN AMERICAN WEREWOLF IN LONDON, John LANDIS mixes several genres: INNOCENT BLOOD is a love and horror story with a corrosive humor, but it is also an excellent thriller. As always with John LANDIS, references are not lacking, and we therefore discover scenes from famous horror films such as HORROR OF DRACULA and MURDERS IN THE RUE MORGUE. We also notice the presence of several well-known directors among the walk-on parts, such as Sam RAIMI, Tom SAVINI, Dario ARGENTO and even Alfred HITCHCOCK. Moreover, John LANDIS did not hesitate to call on highly talented actors: Anne PARILLAUD, who won a César for NIKITA, plays a beautiful and moving hemoglobin drinker. The devilish mafioso, Sal Macelli, is interpreted by Robert LOGGIA (JAGGED EDGE, PRIZZI’S HONOR, BIG, SCARFACE, AN OFFICER AND A GENTLEMAN) and Anthony LA PAGLIA (WHISPERS IN THE DARK) plays in this film the best role he ever interpreted, the police officer Joe GENNARO.