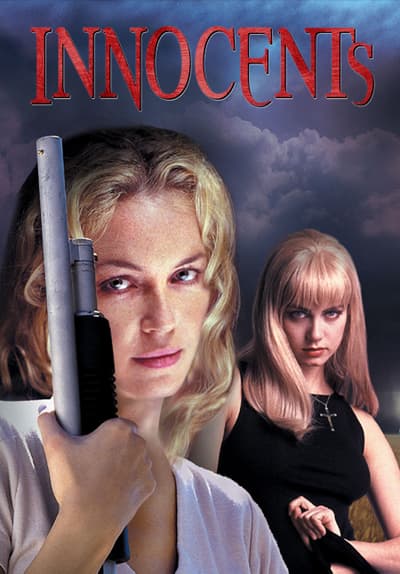 Gerard Huxley, a French musician, is travelling across America to discover its great heartland and the “real” people of the Midwest. After surviving a near-fatal car accident, Huxley becomes emotionally involved with his nurse, the beautiful and sensual Megan Denright. When she invites him home, he meets her younger sister, Dominique, and their eccentric father. The sisters convince Huxley to take them on the remainder of his trip. Matters soon become complicated. In the isolation of the West, Gerard is drawn into the hidden secrets of the sisters’ past. It’s too late for him to escape. Madly in love with Megan, Huxley knows that he can not resist her, even though he knows that she and her sister are bad for him. But like sirens, he is drawn towards them. Huxley becomes caught in a spiralling nightmare of manslaughter, manipulation and murder. Love takes on a sinister edge in the dramatic psycho- thriller The Innocents by debut director and screenwriter Gregory Marquette. Jean-Hugues Anglade (37° 2 Le Matin, Killing Zoe, La Reine Margot) stars as Gerard Huxley, a man exposed to the dark side of life in modern America. He’s caught in the web of two beautiful and talented but dangerous women, played by Connie Nielsen (Devil’s Advocate, Soldier, Rushmore) as Megan and Mia Kirshner (Mad City, The Crow : City of Angels, Exotica) as Dominique.