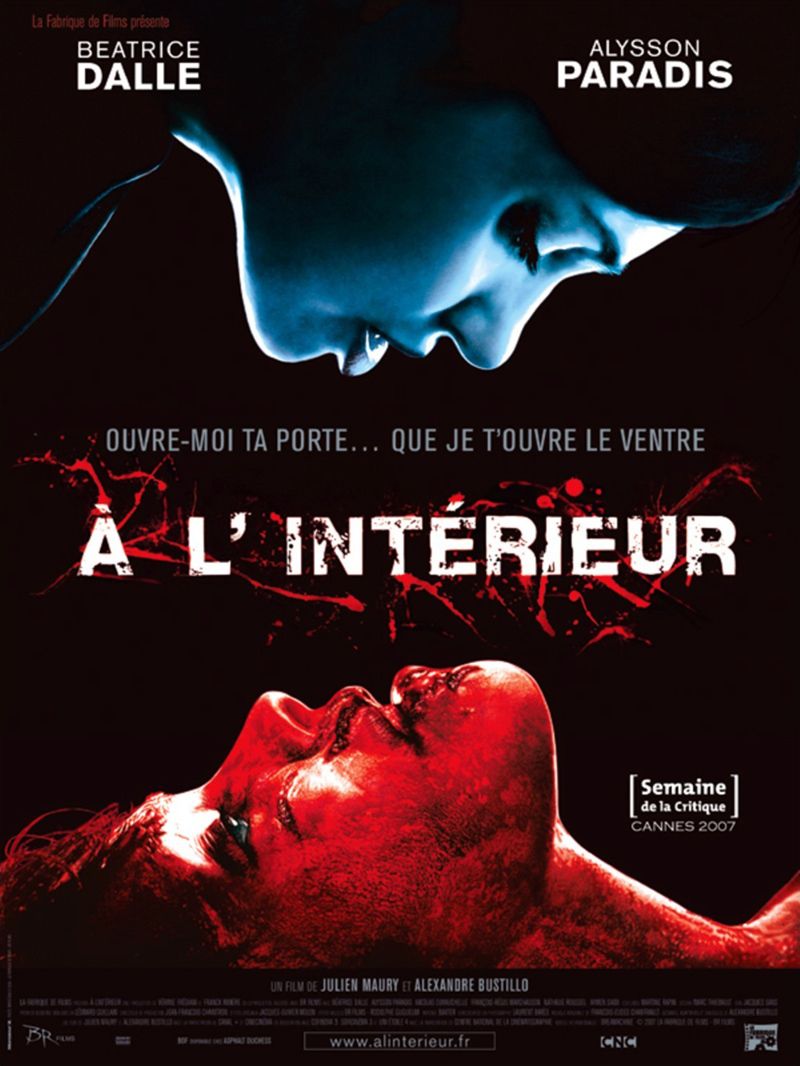 Sarah, a young photographer, is by herself on Christmas Eve. She’s been alone since her husband died tragically in a car accident. Today is the last day she has to spend at home before going to hospital to induce labour. The calm is interrupted by a knock on the door. Confronted by a mysterious woman, Sarah is immediately suspicious, and refuses to let her in. However, she will not leave. Sarah suddenly feels afraid and calls the police. In the gloom outside, the woman watches her through the picture windows. Yet, when the police shows up, she’s gone. With riots raging in the neighbouring suburb, the distracted policemen confront her and leave. Sarah locks herself away in her house, unaware that the woman is now inside. As Sarah feels her first contractions, she does all she can to fight back this scissor-wielding madwoman hell bent on taking one thing… her baby. A l’Intérieur is the terrific debut of young French directors-writers Alexandre Bustillo and Julien Maury, that gives American torture porn like Saw or Hostel a run for its money. Editor Baxter and composer François-Eudes Chanfrault, both also involved with Alexandre Aja’s Haute Tension, deliver jack-knife edits and a pulsating score that hits nerve-shattering notes. The insane menace of the madwoman, played by Beatrice Dalle ( Betty Blue, Time of the Wolf, Clean ) and the determined survival of Sarah, a part of Alysson Paradis ( The Last Day, Fracasses) , involve highly physical and exhausting performances. They drive the narrative forward with gut-wrenching force, tapping into a primal fright factor.