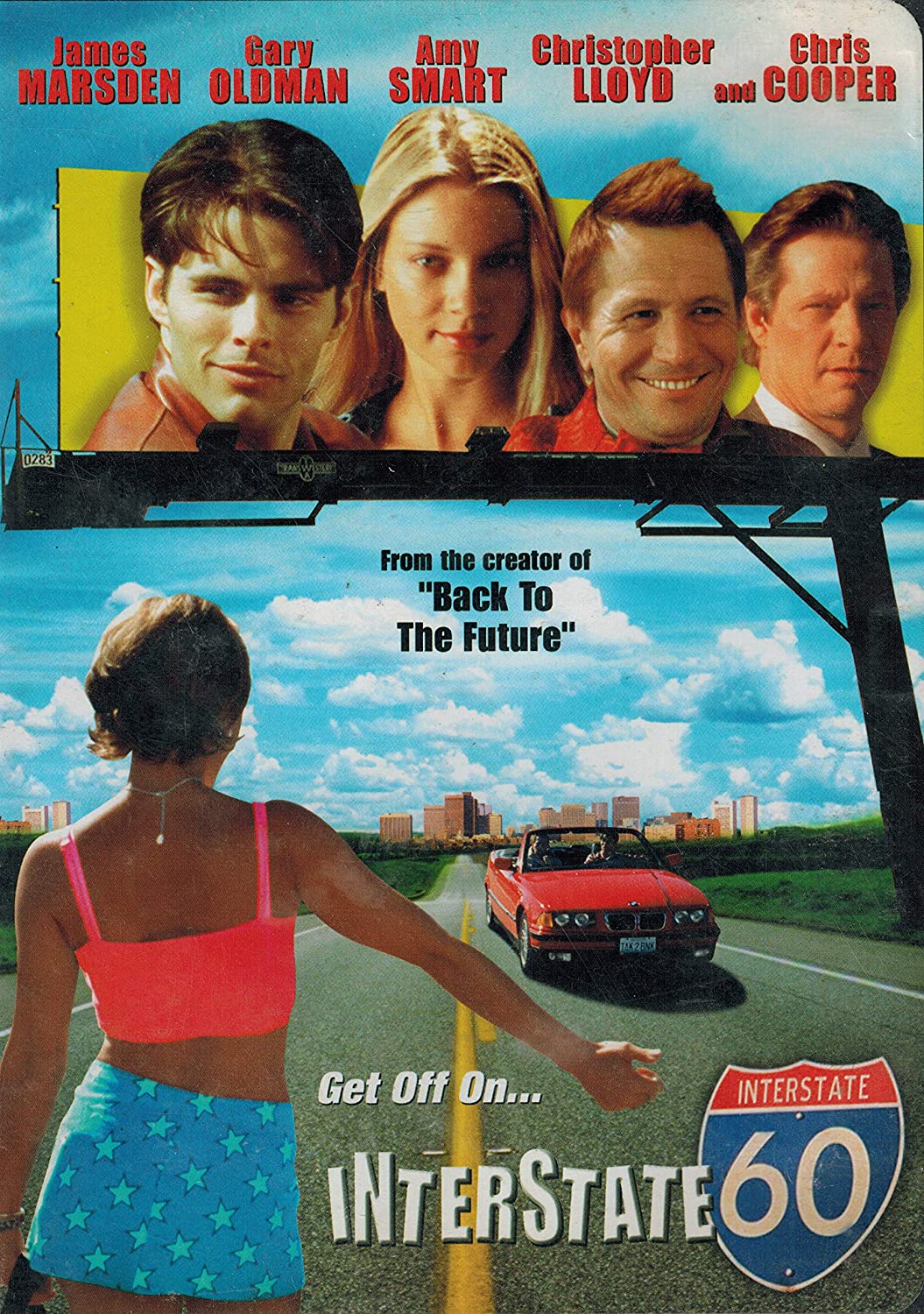 On his 23rd birthday, Neal Oliver would prefer to pursue a career in art while his overbearing father wants him to follow in his footsteps and become a ruthless business lawyer. In order to make Neil’s dream come true, an impish waiter named O.W. Grant pressures him to reveal his wish. After an accident that lands him in hospital, Neil embarks on a very bizarre adventure. Recovering from his blow to the head, Neal begins to receive strange signs that point him toward accepting a job delivering a package to a town just down Interstate 60, called Danver. Simply enough, only there’s one problem. There is no Interstate 60 !

Interstate 60 is a refreshing combination of humor, romance, magic and suspense by writer-director Bob Gale, creator of the Back to the Future trilogy. The movie is a “Gulliver’s Travels” for the new millennium, highlighting the failings of a post-modern consumer society, with a David Lynch-like mix of small-town folksiness and the surreal, a hot soundtrack and a top-notch ensemble cast, led by James Marsden (X-Men, Zoolander) as Neal and Gary Oldman (Dracula, Leon, Air Force One) as O.W. Grant.