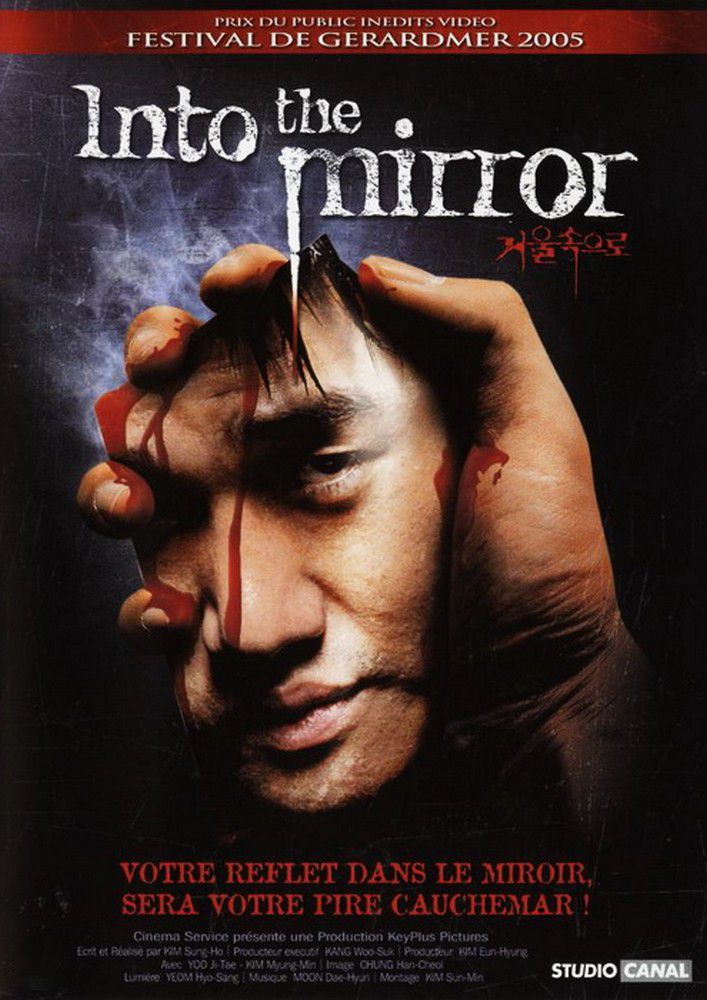 The Dreampia Department Store is preparing to open its doors again after having been closed for a year due to a mysterious fire. But in the days before the opening, a series of horrific murders take place. Young-min Wu, a former policeman, who left the force after inadvertently causing the death of his partner during a shoot-out, is the department store’s head of security. He comes across his former rival, inspector Hyun-su Ha, who’s in charge of the investigation into the murder spree. The situation stirs up horrendous memories in Wu, which he has since long tried to forget. Because of his past, he starts to come under the suspicion of his colleagues. As Wu is forced to look for answers to redeem himself, a strange world starts to reveal itself.

What if the image you see in the mirror would not be a reflection but a real one ? What if the most frightening thing of all is inside yourself ! The answer lies Into the Mirror, the debut feature of director Sung-ho Kim. This visually sophisticated psychological horror thriller once again shows that the horror genre has become a major force in contemporary Korean cinema.