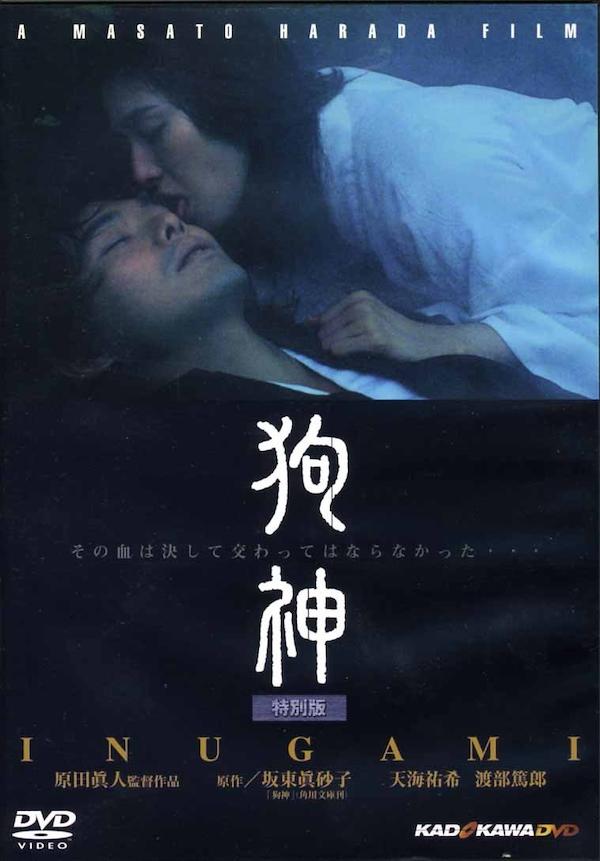 In a remote village tucked high away amongst lush green mountains, 40-something Miki Bonomiya leads a selfless existence as a traditional paper maker. Loyal to the age-old craft of her fa-mily, she has been sentenced to a spinster’s lonely life under the strict regime of her dictatorial older brother Takanao. The people of the region whisper that the women of the Bonomiya family are cursed. Legend dictates that they are destined to guard the urns which house the spirits of the Inugami, the wild dog gods. For the past 25 years, the Inugami have lied dormant in their ancient urns. Miki is rejuvenated by her love affair with the handsome new school teacher Akira. But her new youthful appearance creates rumour and suspicion among the villagers when tragedy strikes the peaceful community. Something or someone is stirring the Inugami from their slumber. Inugami, the latest film from Japanese director Masato Harada (Kamikaze Taxi, Festival 1999) is an interesting mix between Japanese mythology and the Oedipus myth. In a borderless landscape, he infuses an atmospheric world of spells and taboos with the classic film noir love triangle. Inugami might be Harada’s first foray into fantasy, just like his other films it features a protagonist who stands up and fights the system. With Yuki Amami, a former member of the famous Takarazuka theatre company (in which all parts, men and women, are played by female performers), as Miki, Atsuro Watanabe (A Quiet Life) as Akira and Kazuhiro Yamaji (Isola : Persona 13) as Takanao.