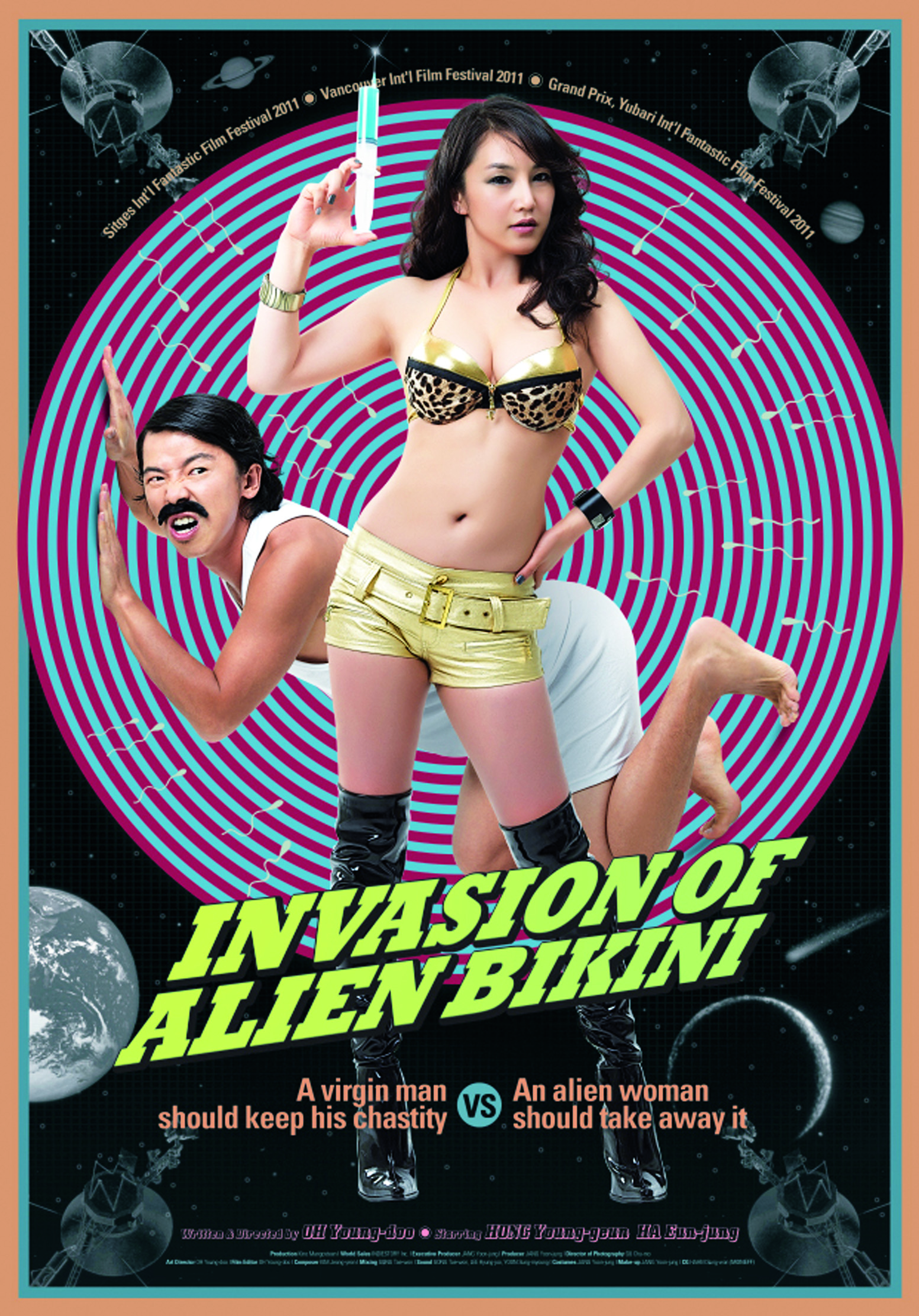 Young-gun is a very frustrated young man. He never had a girlfriend and is still a virgin. He puts all his energy and frustration in crime-fighting. Dressed up as a superhero and with a fake mustache to avoid being recognized, he patrols the streets of Seoul, looking for injustice. When Young-gun sees how three men are attacking Monica, a very attractive young woman, he doesn’t hesitate and throws himself into the fray. He succeeds in beating up the assailants and takes Monica to the only safe place he knows, his tiny flat. Wat Young-gun doesn’t know is that the guys he battered and bruised are actually government agents looking for a very dangerous creature from another planet. The alien has taken Monica as its host and if she manages to procreate before the sun rises, it will be the end of the world as we know it. And you’re not going to feel fine at all ! What’s often so wonderful about Korean genre cinema, is that it is not scared to mix very different genres. Horror dances with thriller, cheats with melodrama and sometimes even flirts with song and dance. It’s all possible ! The genre-bending Invasion of Alien Bikini, the crucial second feature of Young-doo Oh ( The Neighbor Zombie ), has a thematic resemblance to our 2004 Golden Raven, Save The Green Planet. A mentally troubled loner has to suffer a terrifying ordeal with the fate of the planet at stake. Alien Bikini offers the same experience, but for only 5000 dollar. And for that you get an inventive, energetic, funny, sexy and very weird little gem of a film. More than perfect for our 7th Orbit Asylum.