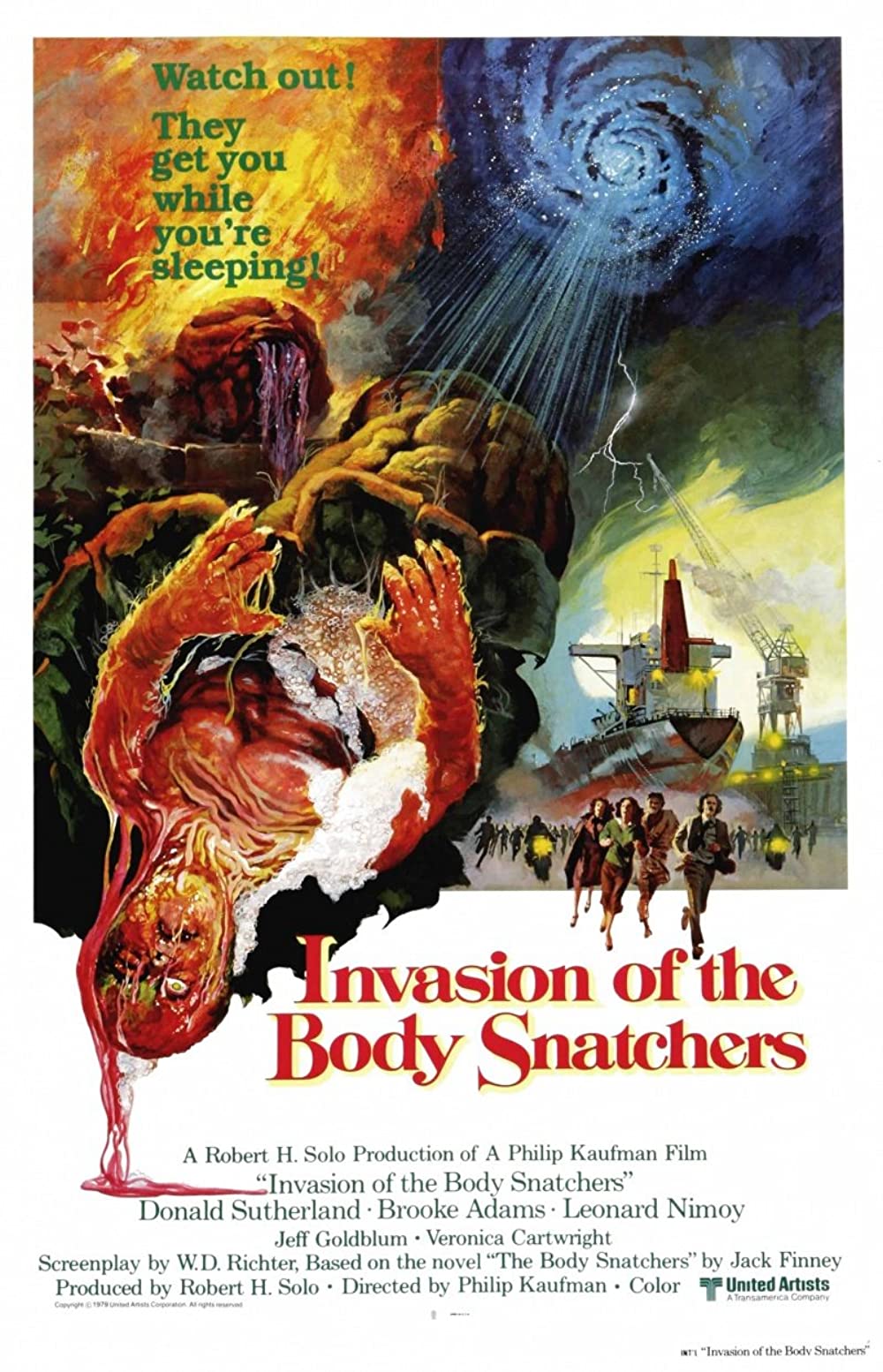 INVASION OF THE BODY SNATCHERS

Elizabeth is living a peaceful life with her friend and Matthew, her beloved boss at the Health Department, up until her friend becomes strange. Physically, he is still the same but he has suddenly become distant and cold.
At first in disbelief Matthew, in whom Elizabeth has confided, ends up believing her when he sees the mutation happening right before his very eyes while one of his friends is sleeping: some kind of gigantic plant gives birth to a human duplicate of its victim while the original disintegrates.
“Invasion of the Body Snatchers” is a remake of the classical movie by Don Spiegel, who even has a cameo as a taxi driver.
Philip Kaufman (“The Right Stuff”, “The Wanderers”) directed this movie, giving us a work with incredibly well-done makeups and full of shocking effects.