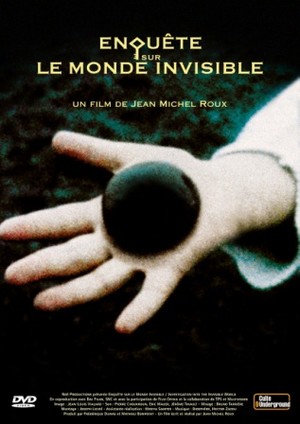 INVESTIGATION INTO THE INVISIBLE WORLD

“Investigation into the Invisible World” is a feature-length documentary shot in Iceland on mediums and the relationship between humans and invisible beings such as elves, ghosts, angels, water monsters and extra-terrestrials. This exploration of the world of supernatural beings is also a journey to the frontiers of life, questioning the scope of our existence. If life exists in other dimensions, it’s worth knowing more. Are we really alone in the universe ?

Iceland is an island of volcanoes, glaciers and wide, rocky landscapes. Although a modern country, the minds of its inhabitants are influenced by living in the midst of this wild and primitive nature. Many Icelanders claim to have seen ghosts. Others have observed aquatic monsters or communicate with aliens or angels. French director Jean-Michel Roux (Les milles merveilles de l’univers) has realised a beautiful and intriguing documentary about these phenomena, where testimonies of people from all walks of life are intertwined with travellings along stunning Icelandic landscapes, accompanied by the hypnotic musical score of Biosphere and Hector Zazou. The movie does not judge, but lets the people and the images speak for themselves.