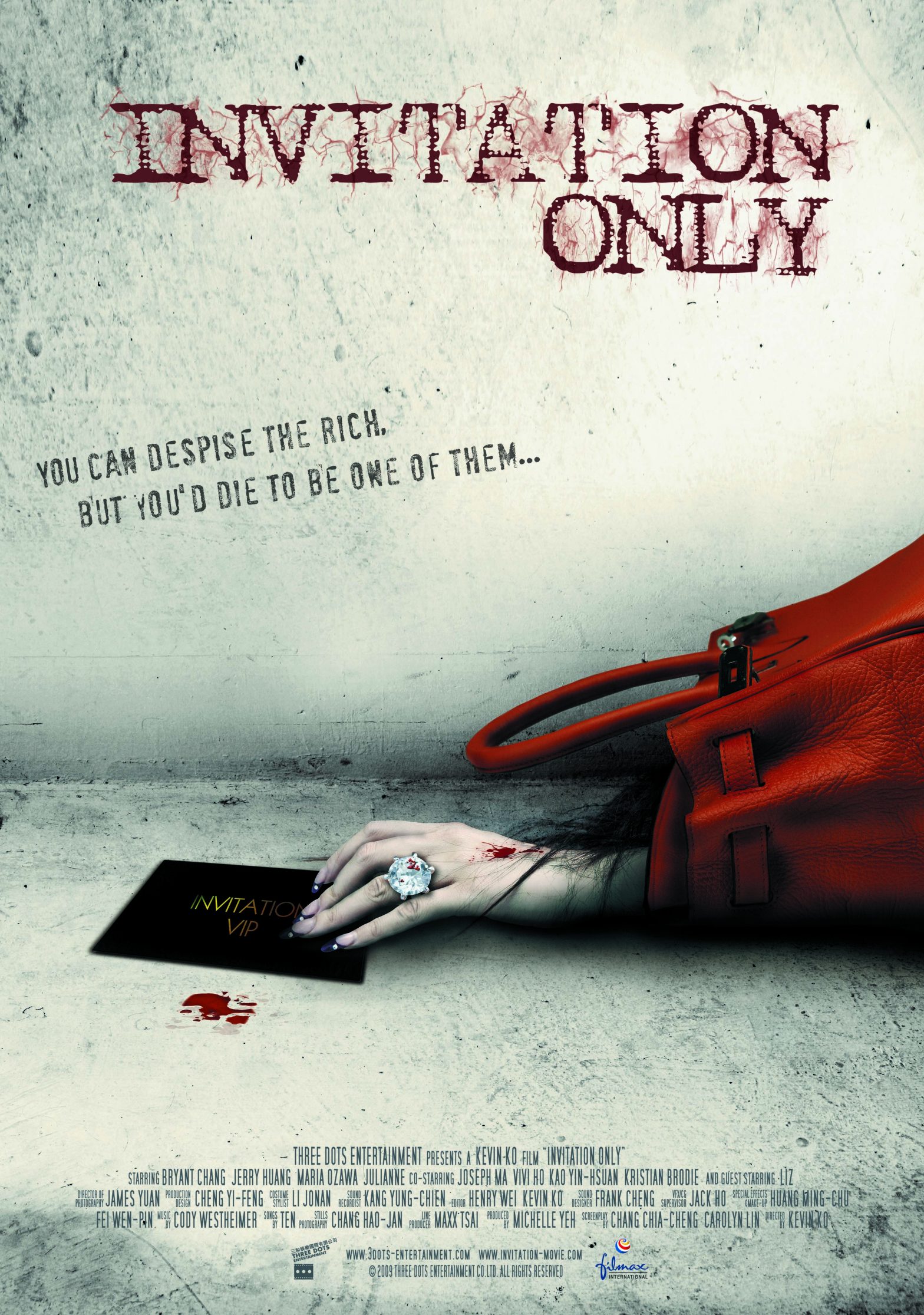 The poor, they’re so ugly. They’re always there begging, moaning, grumbling and complaining. Proles don’t have money ? Well, they should get a job ! But no, they prefer to be jealous of the rich, continuing to look like stains on the landscape and preventing the enjoyable digestion of black caviar by those who’ve deserved it. But why so much hate towards those who have their pockets fully loaded ? Fortunately, a posh activist group decides to take the situation in hand by organizing private parties for the plebs, attracting them with a catchy phrase that appeals to their vulgar materialism : “What’s your wildest dream ?” Tonight, it’s five people on minimum wage who’re on the menu. After having rapidly tasted the forbidden fruits of the elite, they’re subjected to a special class of survival of the fittest… with a deadly and entertaining outcome guaranteed. Taiwanese cinema is not limited to art house fare. hor- Proof is the country’s first slasher, directed by young Kevin Ko ( not even 30 years old ). And what we can say, is that he gave it his best shot with this Asian version of Hostel : hardcore torture scenes filmed in HD and with Maria Ozawa, a popular Japanese porn star in a guest role. Not surprising that Spanish genre stalwart Filmax bought it for international distribution.