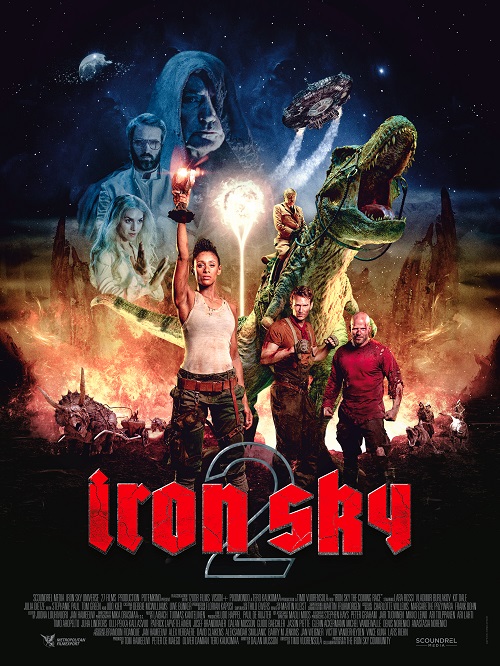 Twenty years after the events of Iron Sky, the Earth bears the disastrous and irrevocable consequences of the enormous nuclear war. The old Nazi moon base has become humanity’s last refuge, where colonies have been formed with their own ideals and religions. Among them, for example, the Jobsists, a cult that worships the holy Steve Jobs. But the lunar base is deteriorating and time is running out to find an alternative. A rumor circulates that a group of survivors is living in an underground city in the depths of the Earth. A couple of explorers are sent to investigate, but all they find is a world inhabited by hungry dinosaurs, led by the Vril: a race of reptilians at the mercy of a certain Adolf H. Seven years have passed since Turn & Taxis exploded at the premiere of IRON SKY. Director Timo Vuorensola is finally back with this long awaited sequel. Filmed in the AED studios in Antwerp, Iron Sky 2 (The Coming Race) fulfills our wildest expectations. Brace yourselves for a bigger, better and louder screening that might already be sold out while you finish reading this.