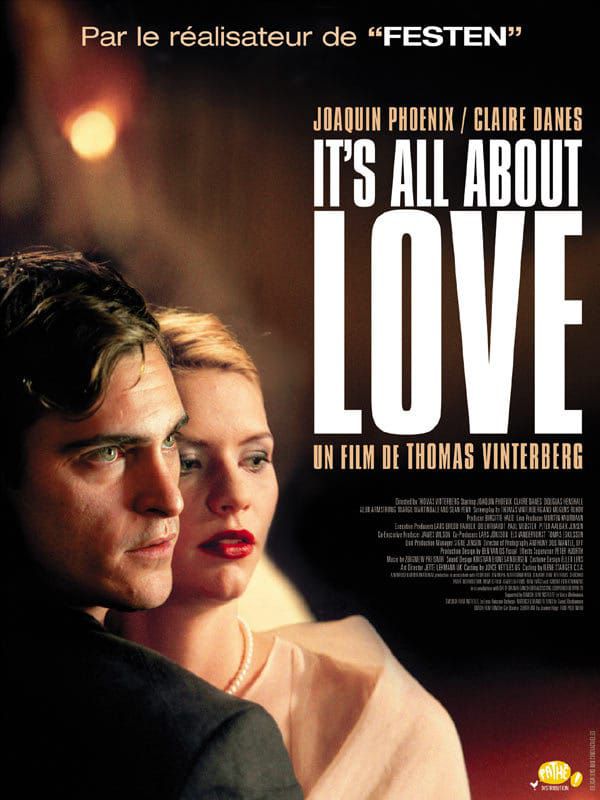 IT’S ALL ABOUT LOVE

Travelling from his home in Poland to a teaching job in Canada, John makes a stopover in New York to obtain the signature of his wife Elena for their divorce papers. Married as childhood sweethearts, their lives have taken different directions. John has pursued an academic career. Elena has become an international skating megastar. As their paths unredeemable diverge, the Earth starts to mirror their personal chaos by tilting on its access. Weather patterns are thrown out of kilter, playing havoc with populations from pole to pole. In New York, Elena is warned that her life is in danger. But her attempts at seeking help from John and her brother Michael are thwarted by her manager and his henchman. The blistering summer heat of the city gives way to falling snow, as Elena and John finally break free. But their freedom is, after all, a short-lived illusion.

It’s All About Love is a classic love story set in a world on the brink of cosmic collapse by Thomas Vinterberg, the director of internationally acclaimed art house hit The Celebration. Hugely imaginative, conceptually compelling and impressive for its visual panache, It‘s All About Love takes place in a luxurious world of opulent interiors and vast exteriors. And its cast is simply top notch, led by Joaquin Phoenix (Gladiator), Claire Danes (Romeo and Juliet) and Sean Penn (Dead Man Walking).