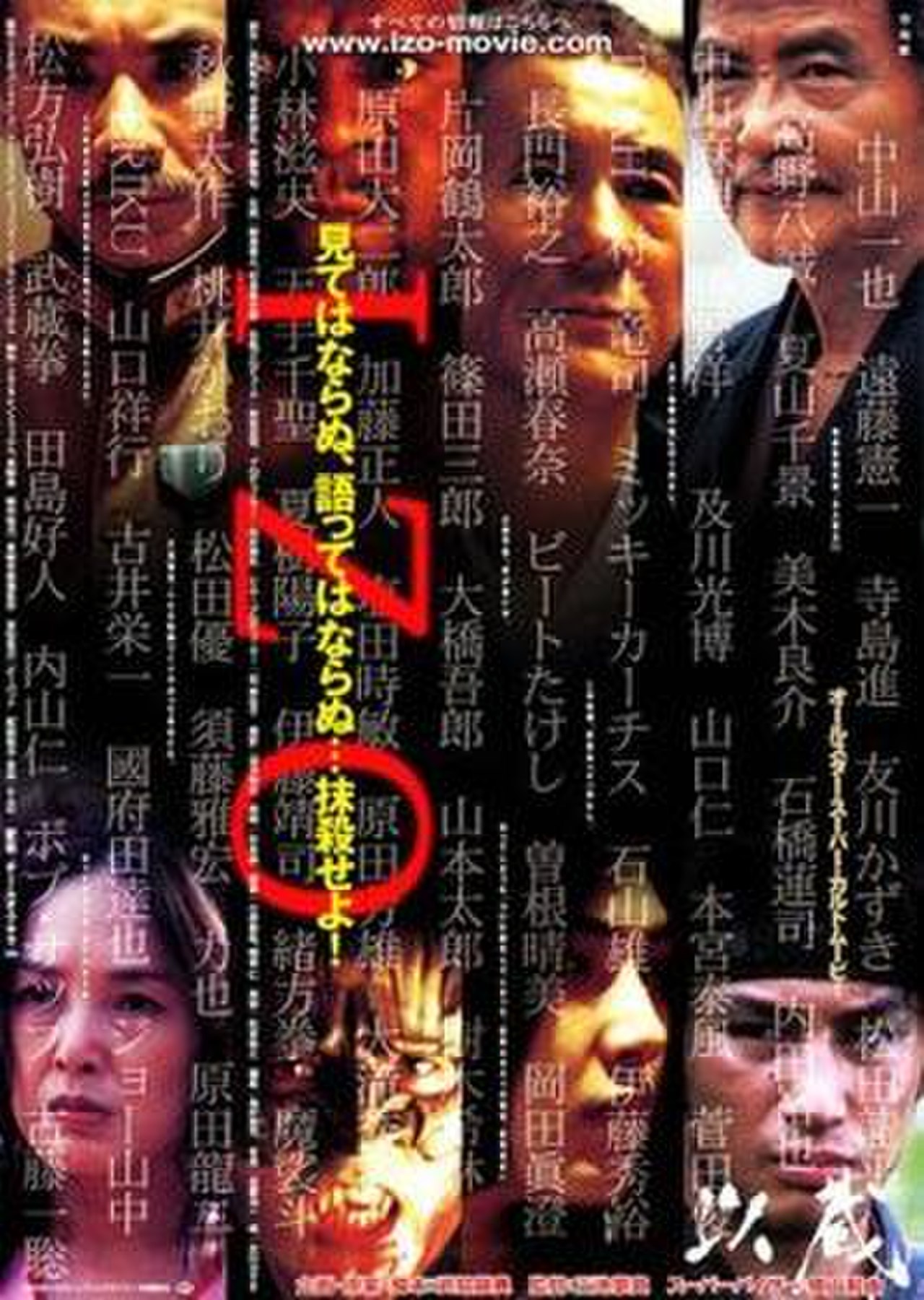 Japan, 1865. Izo, a notorious assassin of the anti-Shogun forces, is captured and crucified by the authorities. His rage against his tormentors propels him through time and space to present- day Tokyo. There he transforms into an unstoppable killing machine, out for revenge. His targets are the authority figures who are the Shogun’s spiritual heirs. Izo wades through rivers of blood, as he takes on hundreds of warriors, mercenaries, vampires, monks, school kids and yakuzas. He attracts the attention of the Lords of the Universe. His trans-temporal killing spree annoys them greatly. Izo, however, is not about to bow to anyone, not even the Gods. This year’s Takashi Miike is a bit different from his other 60-something films. It’s Miike’s first foray in samurai swashbuckling and despite his trademark abundant ultra-violence, this time he’s deadly serious. Miike and scriptwriter Shigenori Takechi (Deadly Outlaw Rekka, The Man in White) have constructed the film as a relentless statement about the insanity and futility of violence, murder and war. Kazuya Nakayama, who plays Izo, tirelessly charges and slashes through scene after scene, as if it’s an Olympic discipline. Another master of contemporary Japanese cinema, Takeshi Kitano (Hana-bi, Zatoichi) makes a remarkable appearance as the tight-lipped, hollow-eyed immortal Prime Minister.