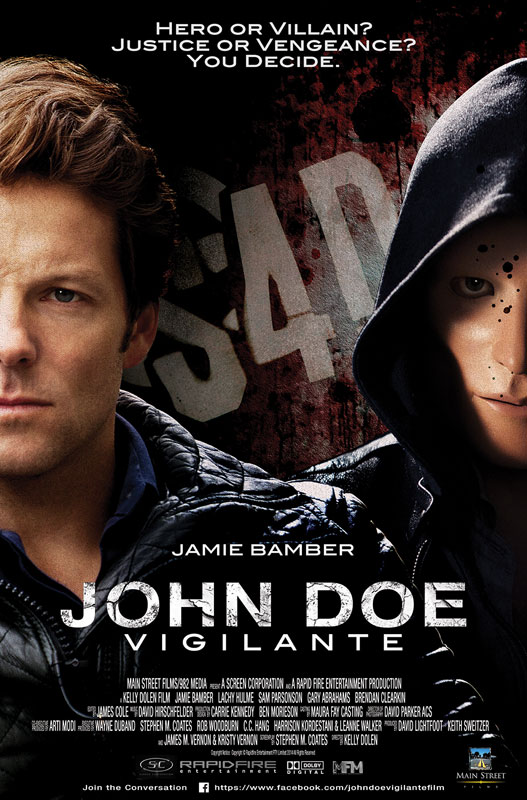 Some call him a hero. Some call him a villain. He’s “John Doe: Vigilante”, an ordinary man who decides to take the law into his own hands. Frustrated with a failing legal system that continues to allow violent criminals to go free, John Doe begins exacting justice the only way he knows how; by killing one criminal at a time. Soon he becomes a media sensation and inspires a group of copycat vigilantes, but who is the real John Doe: a pillar of justice or a cold-blooded murderer? You decide. John Doe: Vigilante, Kelly Dolen’s second long feature after The Gates of Hell, tackles a delicate subject that, in the wrong hands, could degenerate into reactionary demagoguery. But Dolen skillfully avoids these ethical trappings with an intelligent script that often plays with your expectations a a brutal climax that will make you think. Jamie Bamber ( Battlestar Galactica ) carries the film as the enigmatic and illusive John Doe.