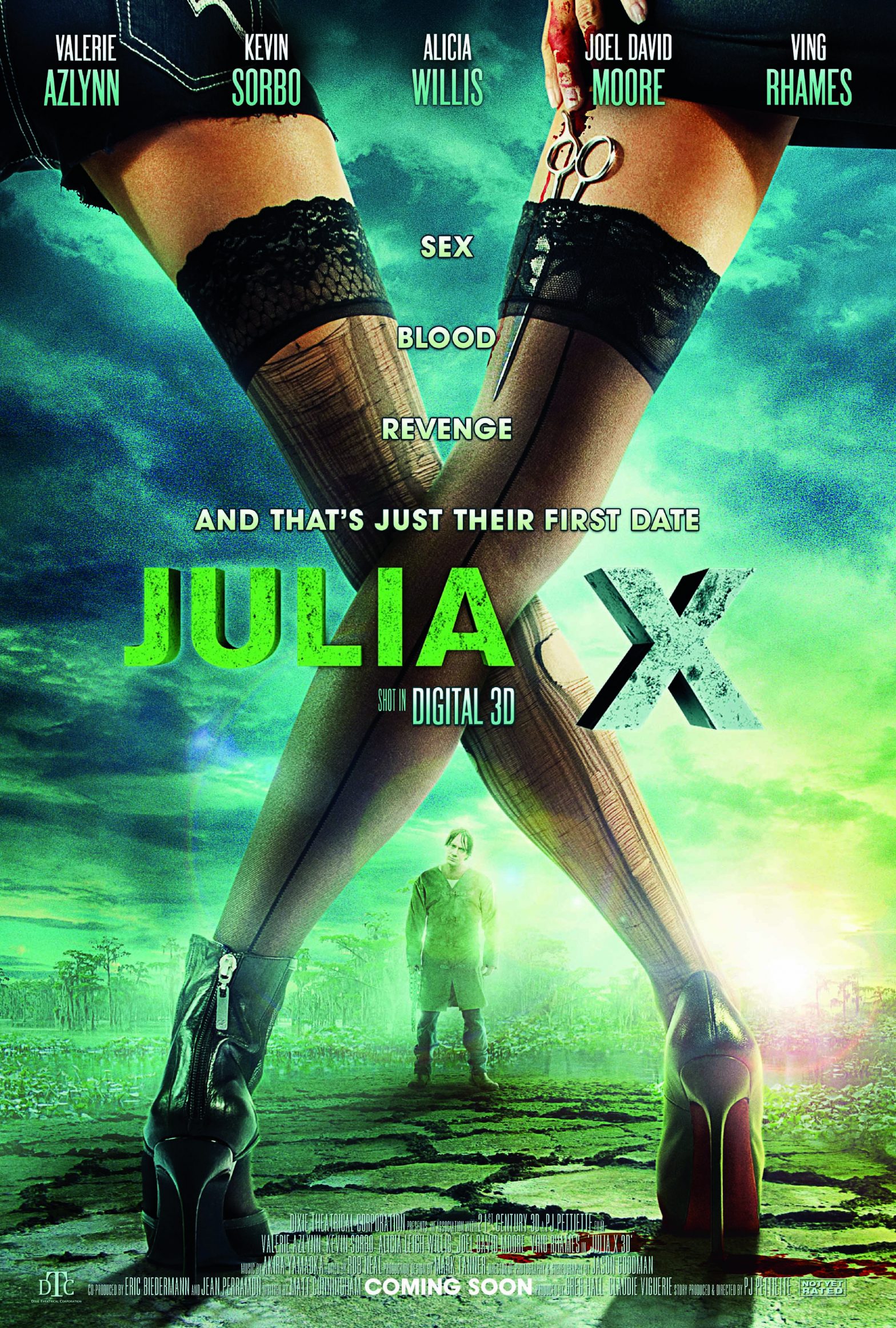 The Stranger is irresistible to women and he knows it. Unfortunately for the stronger gender, he’s also a serial killer. He meets his victims on the Internet, arranges a date and charms them from top to bottom. Before they realize it, they end up in his trunk, en route for a session of torture & kill, traditionally ended with the remains being branded by a letter of the alphabet. And that the Stranger’s been going at it for a while, can be seen on his latest victim who ends up with a W on her body in a muddy ditch. Next in line is supposed to be Julia; But things don’t turn out as planned. Julia is very resourceful and possesses a formidable survival instinct. She doesn’t intend at all to become an X. Kevin Sorbo is usually seen in heroic parts such as Hercules and Kull The Conqueror, but in the deliciously nasty crowd pleaser Julia X he plays against type as a cocky, charismatic serial killer. Valerie Azlynn is Julia, the mice with cat’s claws. And, to heat up the party, she also has a very attractive sister who’s too hot to handle without a chainsaw. Director P.J. Petiette ( Jennifer’s Shadow, BIFFF 2005 ) finds the right balance between humor and horror and keeps the juices flowing by continuously reversing the roles of hunter and prey. And because Julia X will be projected in three glorious dimensions, you’d better bring a rain cap against all that blood splattering from the screen.