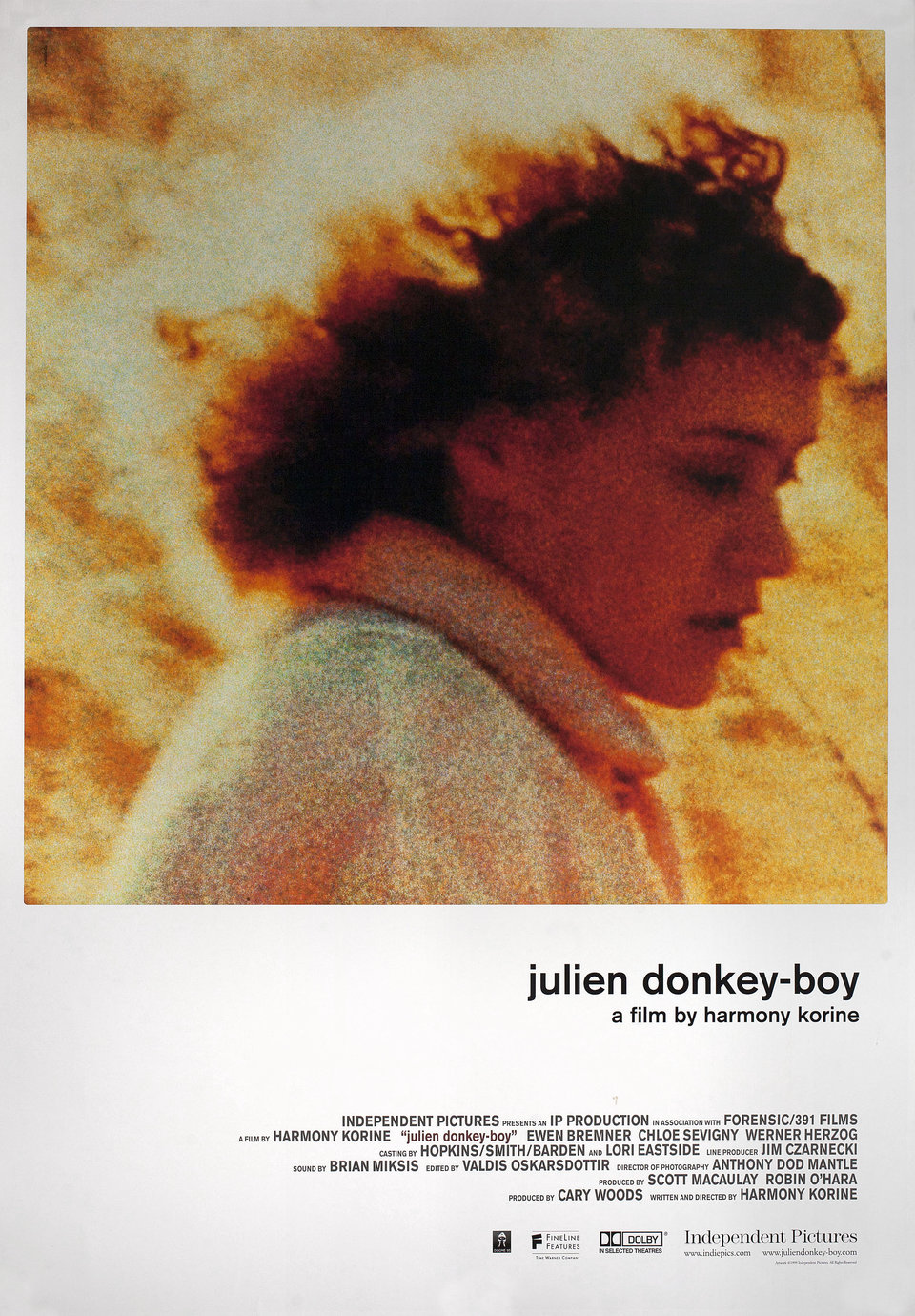 Schizophrenic Julien works as an attendant at a school for the blind, but the majority of his time is spent at the family home he shares with his father, his grandmother, pregnant sister Pearl and aspiring athlete brother Chris. Julien’s mother died giving birth to Chris, but Pearl preserves Julien’s fantasy by masquerading as their mother and phoning him from a nearby room. In the meantime, Julien’s father rules the roost, lecturing his offspring over the dinner table, devising fitness regimes for Chris and pouring scorn on Pearl, who is unmarried and will not name the father of her baby. Julien’s splintered, dysfunctional family will soon spin out of control. Julien Donkey-Boy, the first American Dogma 95 movie, is topped and tailed with tragedies, from beginning to end. It’s the second film from young Harmony Korine, director of independent sensation Gummo and screenwriter of Larry Clark’s controversial Kids. With its scattered narrative, stuttering jump cuts, leisurely freeze frames and its muddied and discordant soundtrack, the film presents a schizophrenic take on the world and constantly fascinates with its maddening, show-off assault to the senses. Ewen Bremner (Trainspotting, The Acid House, Snatch) is Julien, a suburban Nosferatu with raisingblack eyes and detachable dentistry. Legendary German director Werner Herzog (Fitzcarraldo, Nosferatu, Cobra Verde) gives a compelling performance as Julien’s pedantic, tyrannical father. And Chloë Sevigny’s (Kids, Gummo, American Psycho) plays Julien’s ersatz-mother Pearl.