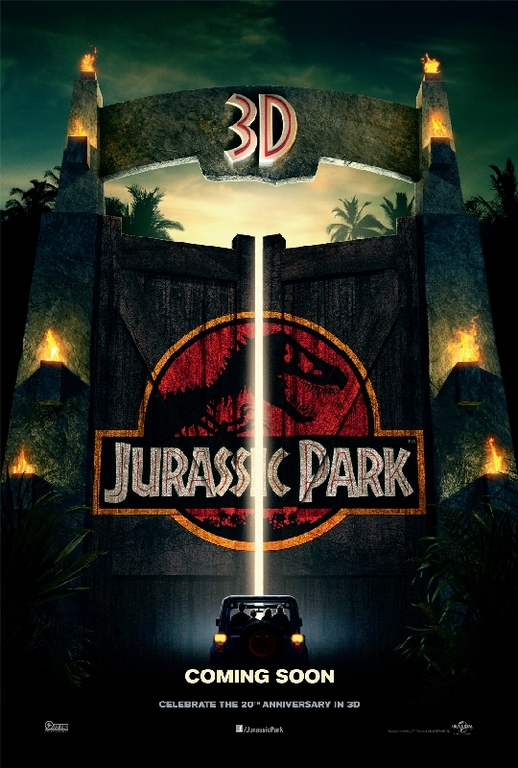 The eccentric billionaire John Hammond has constructed a unique attraction park on Isla Nubar, an island off the Costa Rican coast. With the help of a crack science team, he has managed to clone dinosaurs, which he now want to show as a tourist attraction to the public. Because of a recent series of accidents on the island, the investors demand assurances from Hammond. He invites paleontologists Alan Grant and Ellie Sattler to spend a weekend on Isla Nubar. If they give their o.k., Jurrasic Park will be open for business. Accompanying them are the prissy lawyer Donald Gennaro, chaos theoretic Ian Malcolm and Tim and Alexis, Hammond’s grandchildren. When a money hungry technician shuts down security for a few minutes to run off with some precious specimens, prehistoric hell bursts loose. It’s almost unbelievable, but it’s already twenty years ago that Steven Spielberg started the digital effects revolution. In stead of time consuming stop motion techniques, computers were now capable of creating lifelike moving animals. The dino’s and especially the T-Rex and those pesky Velociraptors looked so real that they made many a spectator jump out of their seats. Jurassic Park became the biggest box office hit of all times until Titanic took the number one spot in 1997. Has this classic survived the test of time and will the T-Rex jump out of the screen in this remastered 3-D version ? You’ll find out at the BIFFF.