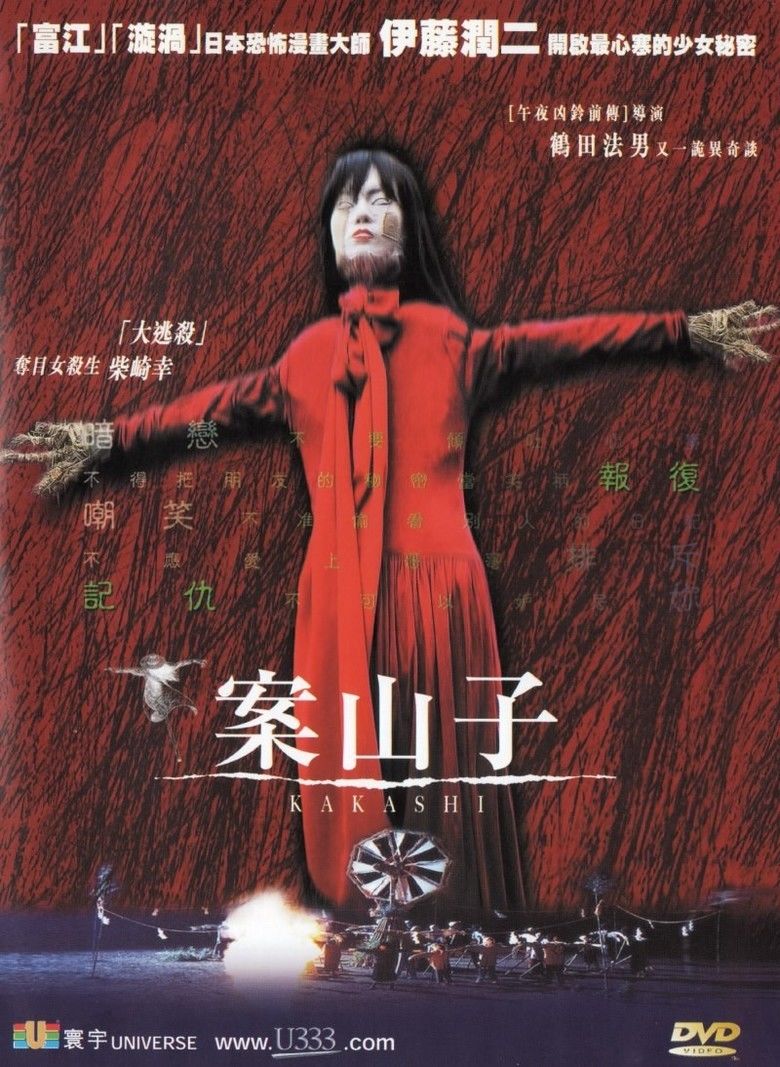 It all begins with the disappearance of Tsuyoshi Yoshikawa. When his younger sister Kaoru shows up at his empty apartment, all she finds is a letter from her old classmate Izumi. It is both a blunt declaration of love and a strange invitation for Tsuyoshi to come to Izumi’s village to see her. With nothing further to go on, Kaoru is determined to head to the no-man’s land of Kozukata, known as the village of scarecrows, in search of her brother. Mysterious and unfriendly villagers eye her with hateful looks of intrusion. The only person who seems alien to the village is a Chinese girl, Sally Chang, whose face Kaoru saw earlier on a missing persons notice along the road. After a series of nightmarish encounters, Kaoru realizes that she has fallen into a trap to repay something evil that she has done in the past. Kakashi, a twisted tale of love and jealousy by director Norio Tsuruta (Ring 0 : Birthday), is the first horror co-production between Hong Kong and Japan. The movie is based on two short stories taken from the 16-volume cult hit manga “Junji Ito’s Manga Collection”. Maho Nonami (Begging for Love) plays Kaoru, a girl determined to come face to face with evil spirits in order to rescue her brother from an evil spell. Kou Shibasaki (Battle Royale) is Izumi, an evil yet tragic ghost doomed by her unrequited crush on Kaoru’s elder brother Tsuyoshi, played by Shunsuke Matsuoka (Samurai Fiction II). And Hong Kong pop star Grace Ip (A Man called Hero) completes the cast as the tormented Chinese girl Sally Chang.