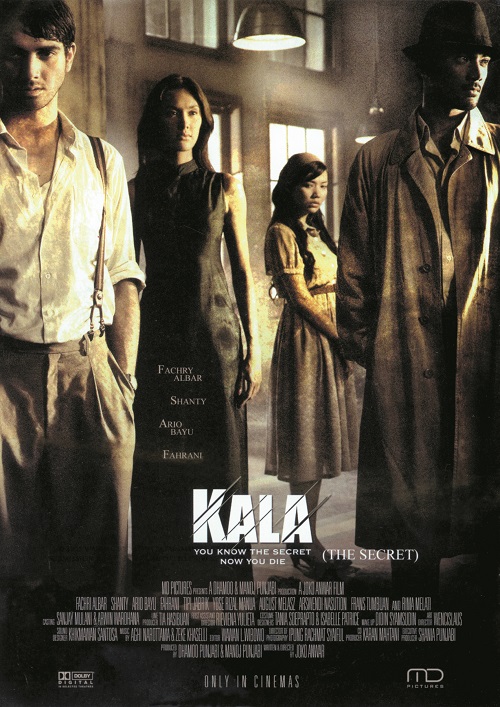 A nameless country is in a state of chaos as natural disasters, corruption and street justice rise. Part of the people grow more violent, the other part hope for the arrival of the promised leader, the Ratu Adil who will lead the country out of despair. Eros, a cop, is investigating the case of five men who were burnt to death by a mob after somebody screamed “thief” at them. Janus, a narcoleptic reporter, is also covering the story for his newspaper. The two are quickly drawn into a labyrinth of mysteries and murder. Janus accidentally discovers a secret. But everyone he tells it to, soon meets a terrible death. When Eros also finds out about the secret, they both know that one of them has to die, unless they can find the Ratu Adil before the angel of death arrives. After debuting in 2005 with the romantic comedy Joni’s Promise, former Indonesian film critic Joko Anwar confirms his talent as a director and screenwriter with Kala, a fantastic neo-noir thriller that combines elements of horror, fantasy and political intrigue with gorgeous visuals and a creepy and disturbing atmosphere. Anwar plays with noir conventions, sometimes even turning them on their head. The world he creates feels extremely real, full of dilapidated buildings, decrepit apartments, smoky underground jazz bars and rain-soaked streets. The story will keep you enthralled until the end, with the supernatural and the noir fitting so well together that they look like natural partners in crime.