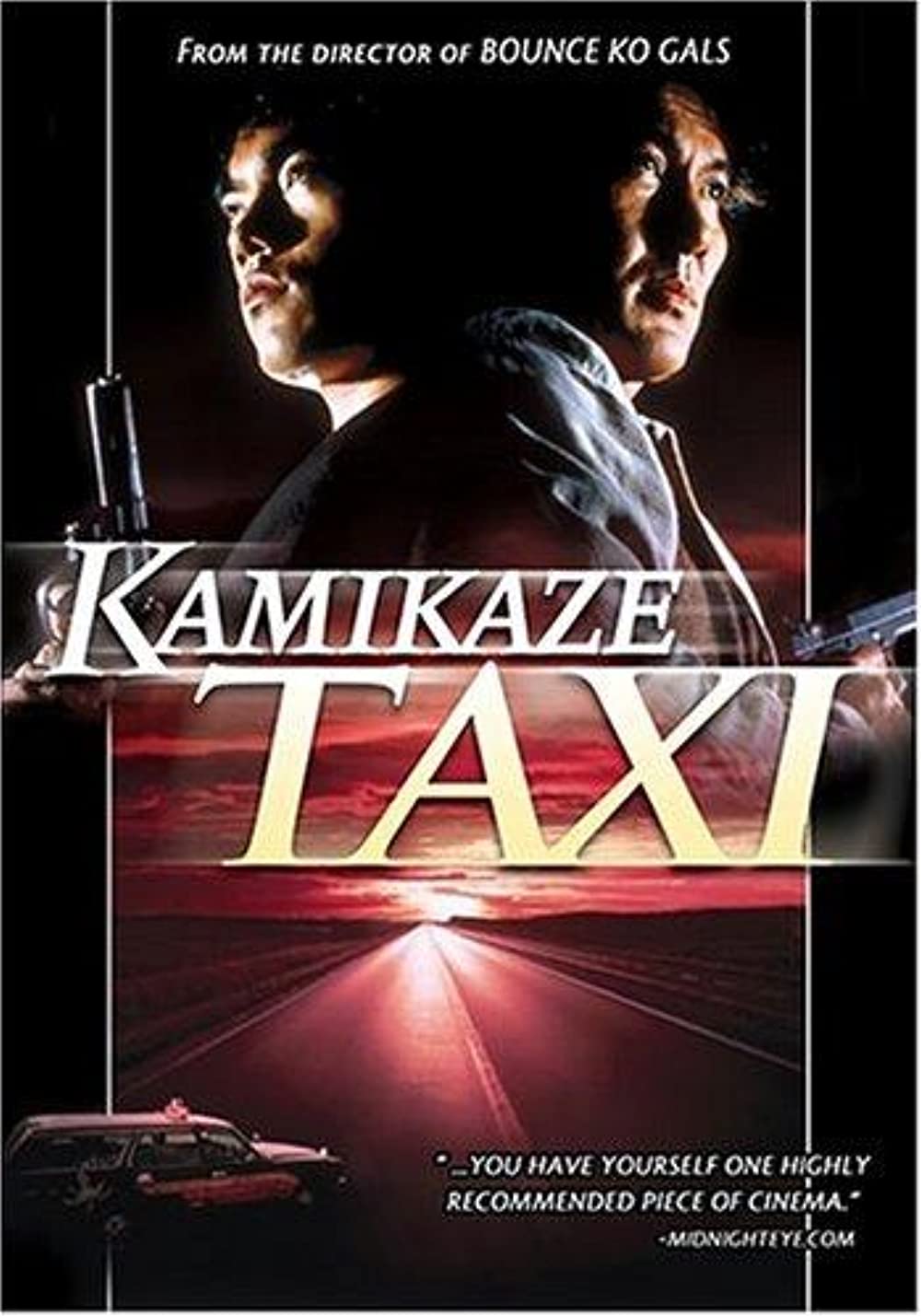 Tatsuo is a Yakuza trainee. He is given the chance to prove himself by pimping for a crime organization controlled by high-ranking politician and World War II veteran, Domon. Tatsuo fails when one of his girls, Tama, is badly beaten up. As a sign of redemption, Tama lets him in on a $2 million cash hidden in Domon’s home. Tempted by this offer, Tatsuo organizes a gang of delinquents his own age. The vicious boss, Animaru, tracks down the novice gang and catches everyone, except for Tatsuo, who barely escapes in a taxi with the money. Animaru brutally murders the rest of the gang and goes after Tatsuo.
Kamikaze Taxi, produced in 1995, brought fame to director Harada. It’s a briljant combination of hard-boiled action and lyricism. A gangster movie for people who like to think.