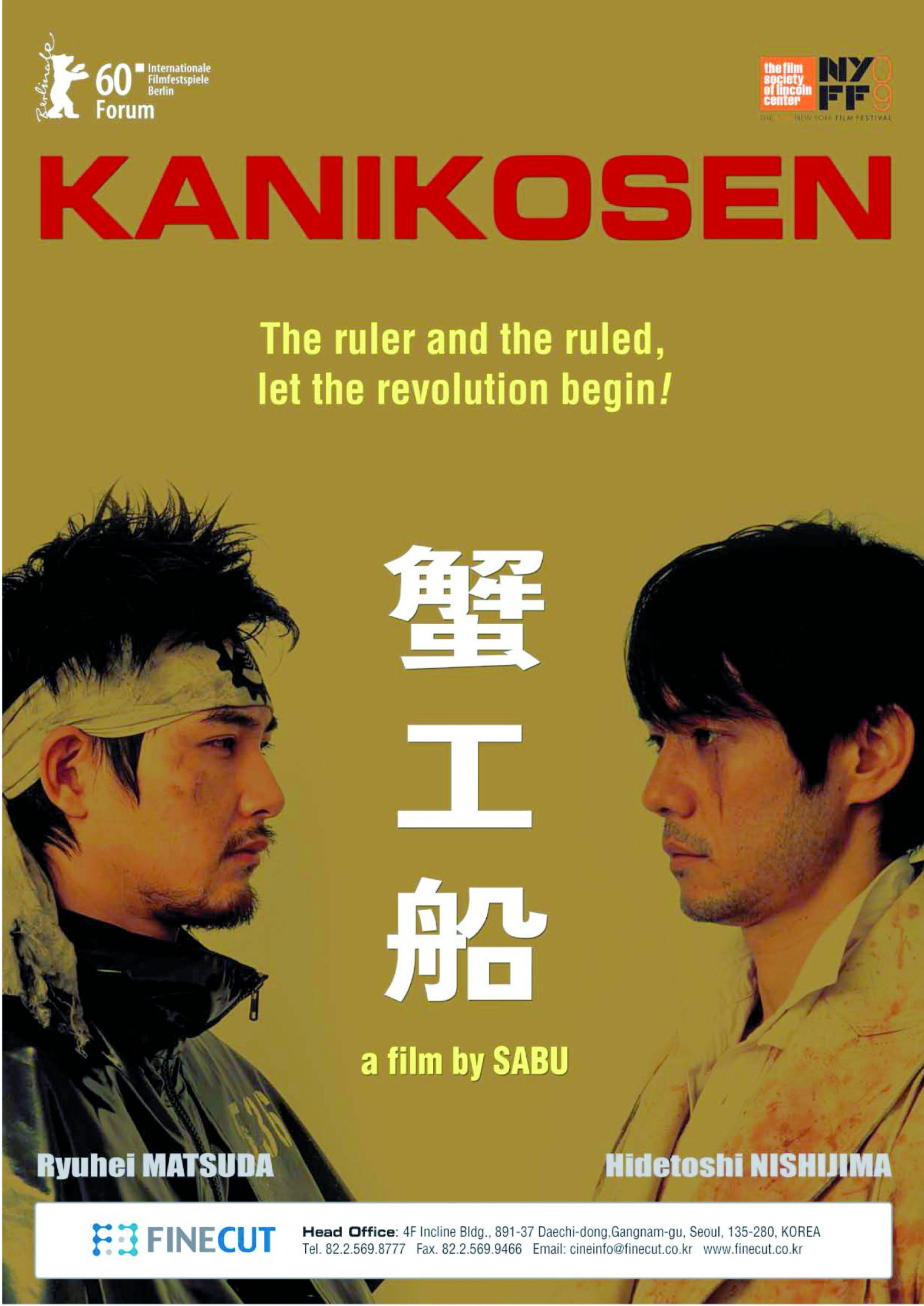 The 30ties. A Japanese boat is fishing for crabs. Shinjo and his fellow shipmates are treated as animals by captain Asakawa, a handsome brute in a white uniform. Cursing and screaming, he pushes his crew to their limits, all in the name of the Emperor. Shinjo is desperate. He only sees redemption in death, hoping that the next life will be more bearable than this one. Together with a friend, he tries to convince the others to commit collective suicide. But their plan fails miserably and the two instigators are left behind in a small boat in the middle of the ocean. Salvation appears in the shape of a Russian vessel. Shinjo and his friend find themselves in a proletarian paradise, where the entire crew shares everything with each other in full equality and brotherhood. It only strengthens Shinjo in his conviction to send his personal demon Asakawa to hell. Sabu, former member of our 2007 International Jury, is one of Japan’s most original filmmakers, renowned for his black comedies with its endless chase scenes, of which the BIFFF already showed The Blessing Bell, Drive, Monday and Unlucky Monkey. Kanikosen is a completely unique adaptation of an 80 years old cult novel by a young communist (who got tortured to death by the police). Sabu visualises the Dantelike inferno of the crab fishers as if it were a theatre of the absurd. Their miserable life stories are shown as funny flash-backs in black and white, while their mutiny – complete with bombastic speeches and flag-waving – reminds you more of Groucho than of Karl Marx. Kanikosen can best be described as an ironic post-modern spectacle like Dogville, with numerous references to the works of Beckett, Ionesco and Pirandello.