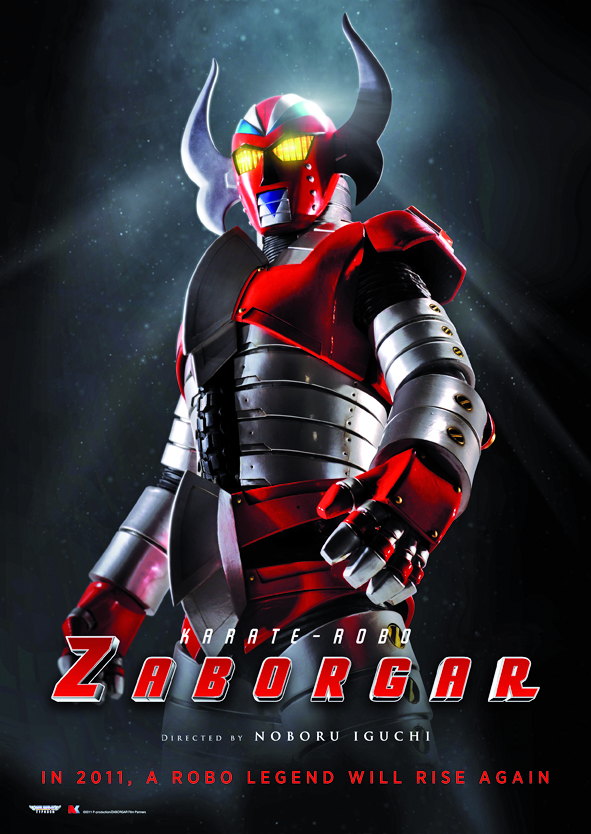 Secret police office Daimon inherits a mighty robot warrior named “Zaborgar” from his father, a scientist killed by Sigma, an evil organization bent on world domination. Realizing Zaborgar’s potential, Daimon vows to use the robot as a force for good in the fight against Sigma. During the course of their adventures, Daimon meets and falls in love with a beautiful female cyborg named Ms. Borg. Unfortunately, Ms. Borg becomes an enemy of both Daimon and Zaborgar, a development that creates a deep rift between the crime fighting pair. Just when things couldn’t get any worse, Daimon discovers that his own department at the police force has lost its will to fight for righteousness. Disappointed with life, Daimon quits crime fighting, drops out of society, and becomes a recluse. But years later, as Sigma makes its final move to take control of the nations of the Earth, there is no one but Daimon and Zaborgar to stand in their way. Making their return in true 1970s Japanese “tokusatsu” hero style, Daimon and Zaborgar reunite to suppress the forces of evil once and for all ! Director Noboru – The Machine Girl – Iguchi recreates the Japanese TV super hero from the seventies, surfing with obvious delight between some crazy special effects – helped by a very comfortable budget – and a tacky retro look.