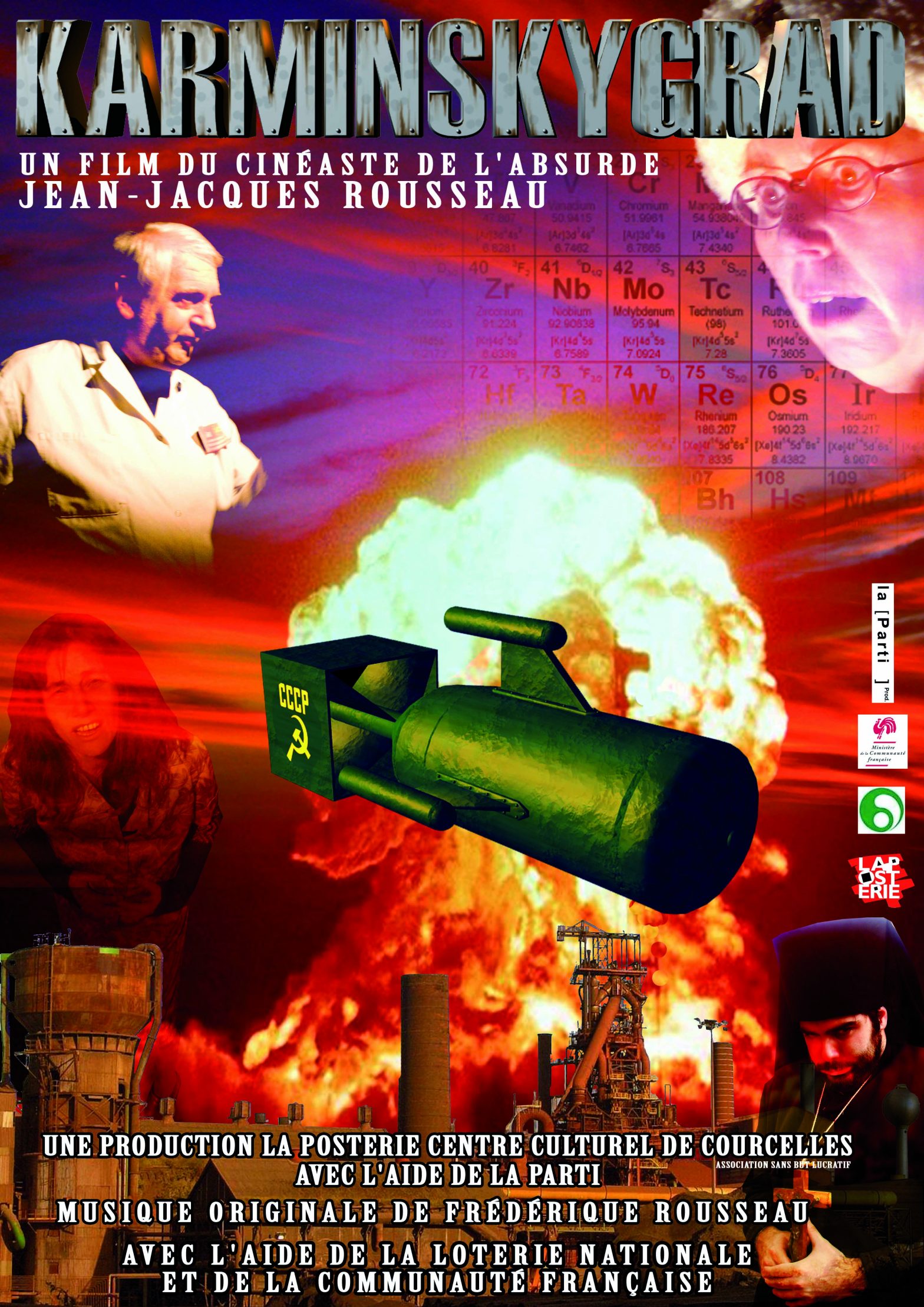 Convinced Stalinist Bolshevik Igor Yaboutich prepares the most daring coup ever: destroying the Christian West. He decides to use the most powerful weapon of mass destruction there is: the atomic bomb! We are in Charleroi, renamed Karminsky- Grad, the city where he’ll work out this dark plan. In the nuclear arms factory, the sinister bosses Vladimir Karminsky and Reinhard Heydrich rule with an iron fist. They ruthlessly suppress their employees. This results in a workers revolt, followed by the killing of their oppressors. Chaos rapidly grows. The situation gets out of hands and seems beyond control for the Chinese, Arab, Russian and German leaders, whom are all united against the Americans. Only Igor Yaboutich survives in this city of madness. Will he start a new World War? The Belgian self-proclaimed filmmaker of the absurd, Jean-Jacques Rousseau, has done it again ! His Karminsky Grad is a sequel to his own movie The Gulag of Terror, in which we first meet the character of Igor Yaboutich. Rousseau has always dreamed of making a movie about the conflict between Russians and Americans, especially during the Reagan years, when two demented old men held their trembling fingers over a big red button. What better place than Charleroi, world champion of industrial decline, to realize this dream. Journalist Noël Godin, notorious for throwing cakes in the faces of the world’s finest, has a big part in the film, so hold on to your seats, boys and girls !