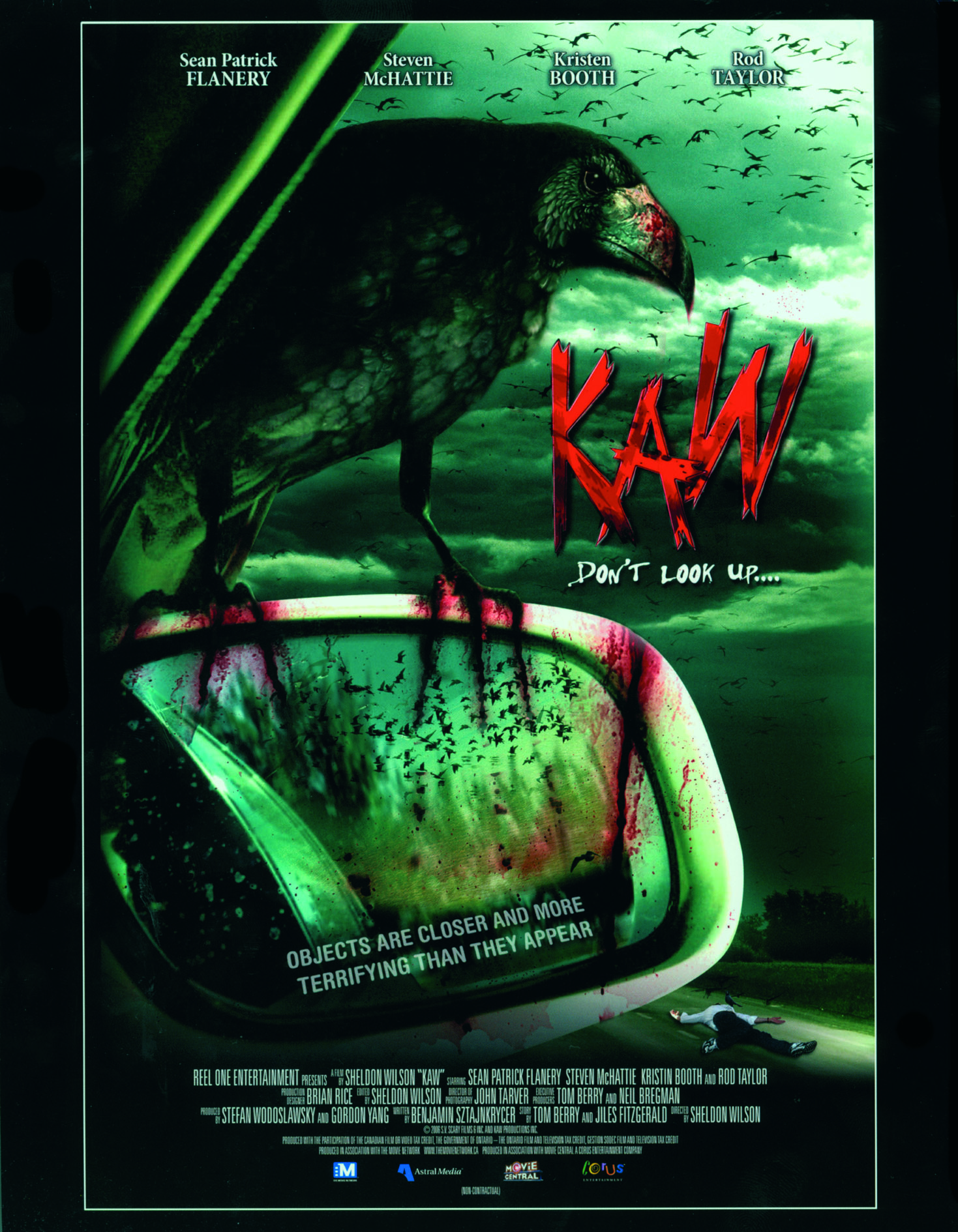 Middletown, a small rural hamlet in the American mid-west. Farmer Rolf Bachman enters his barn on an early Saturday morning. He hears something above him and looks up. The rafters are covered in crows. When Rolf climbs aboard his tractor and starts the engine, the crows launch a savage attack. He doesn‘t stand a chance. Wayne Haybourne, Middletown’s chief of police and his wife Cynthia are newlyweds. Just when they’re planning on a weekend morning of romance, Wayne receives a dispatch about Rolf. The next 24 hours, the inhabitants of the isolated little town will have to fight for their survival, as thousands of blood-thirsty crows descend on the community. Kaw is the newest film from Sheldon Wilson. With more than just an echo to Hitchcock’s The Birds, Kaw is an intelligent and frightening creature feature about a small community under siege from a deadly, winged menace, armed with sharp beaks and a disturbing collective intelligence. Sean Patrick Flannery ( Powder, Suicide Kings, The Boondock Saints ) stars as sheriff Wayne Haybourne. Cynthia is played by Kristin Booth ( Foolproof, Detroit Rock City ). The legendary Rod Taylor ( The Time Machine, Zabriskie Point ), who once played the lead in The Birds, is the town’s doctor.