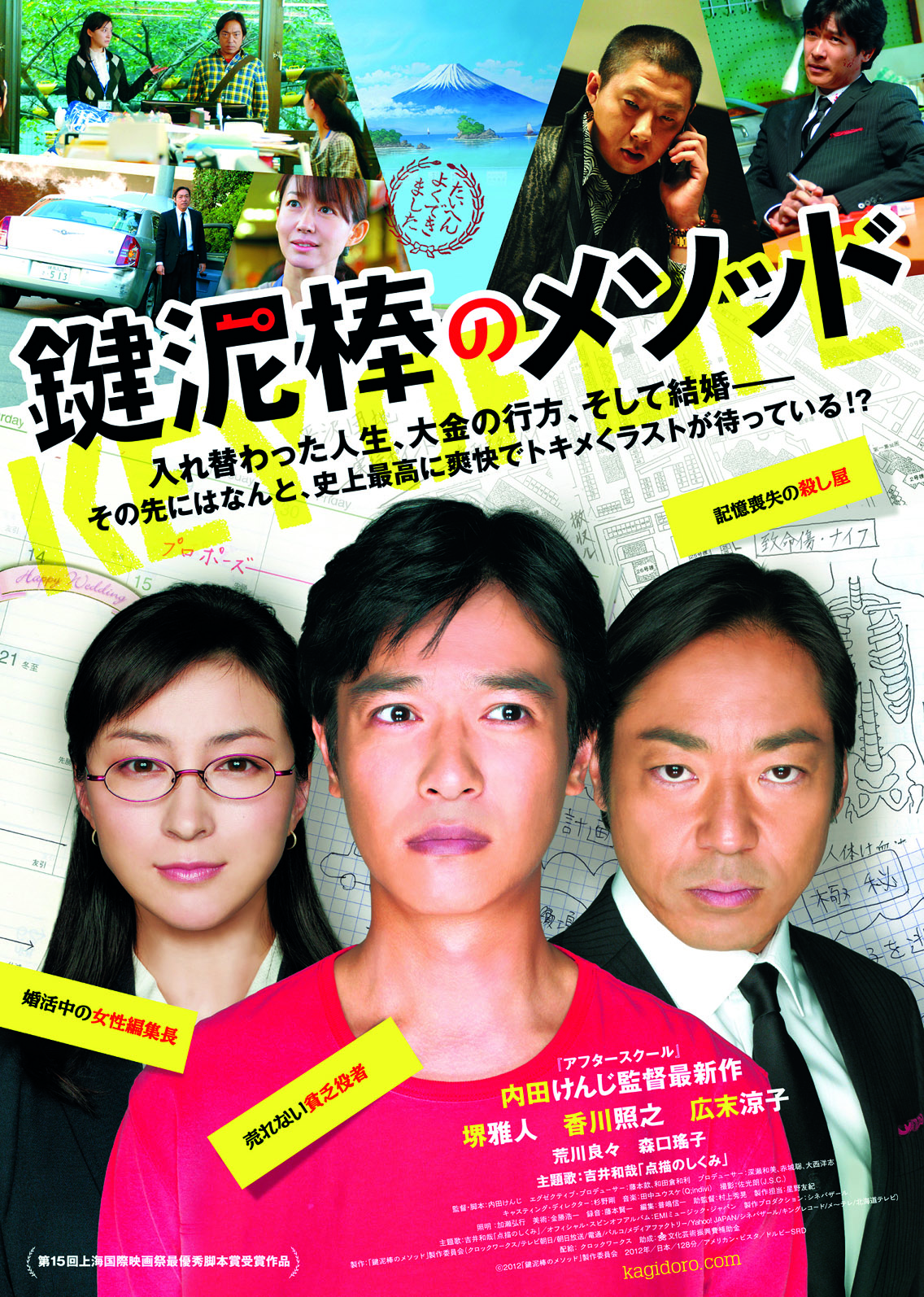 Unemployed 35 year old Sakurai aspired to become an actor, but has failed miserably. He decides to end it all by killing himself, but first he goes to purify himself at a public bathhouse. At the bathhouse, he meets the very prosperous Kondo who suffers a fall and wakes up with amnesia. On a whim, Sakurai switches locker keys, steals the man’s belongings and decides to pass himself off as Kondo. Sakurai doesn’t know that Kondo runs an illegal business which brings him into contact with some mightily annoyed yakuza’s. Meanwhile, Kondo has been convinced that he is actually the failed actor Sakurai and he faces the dismal reality of his life with increasing bewilderment. Fortunately he meets the lovely Kanae who, while yearning for marriage, goes out of her way to help “Sakurai” pull himself together. Key of Life, Kenji Uchida’s third movie ( Stranger of Mine, After School ), has a complicated subject, but efficiently avoids the traps of the genre, wavering between a laugh and a tear and a thriller and a surreal tale. Uchida’s movie is based on an award-winning screenplay and has a range of hilarious characters, among whom the impressive Teruyuki Kagawa who, by the way, is the number one bad guy in Rurouni Kenshin, also presented at the BIFFF !