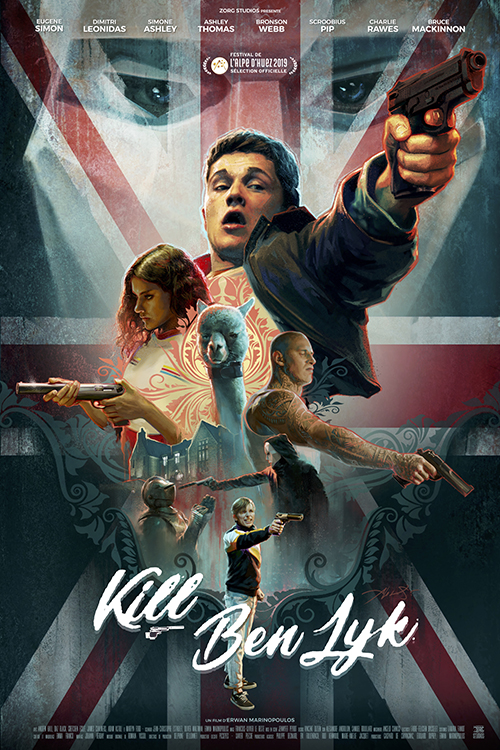 A certain Ben Lyk gets killed in London. Not long after that, another one with the same name is murdered in cold blood. As a precaution, Scotland Yard decides to bring all namesakes to a safe house. One Ben after the other is targeted but why is the killer after them? A cat-and-mouse game ensues and everyone is a suspect. Our main character, one of the eight Bens, is maybe the most annoying of them all. This attention-seeking and self-centered YouTuber takes us on a dramatic and hilarious adventure, and everything that could possibly go wrong does go wrong. It would be a terrifying film if not for the typical black, dry and quirky British humor. As to why all the Bens are targeted, we’ll let you find that out for yourselves! KILL BEN LYK, Erwan Marinopoulos’ first feature, was presented at last year’s BIF Market. It’s a project of Zorg Studios, which focusses on small-scale English-language European genre films. On screen, you’ll see Eugene Simons (GAME OF THRONES), Bronson Webb (THE DARK KNIGHT), and Martyn Ford (KINGSMAN: THE GOLDEN CIRCLE). Marinopoulos describes it as a mix between KISS KISS BANG BANG, NICE GUYS, and SHALLOW GRAVE!