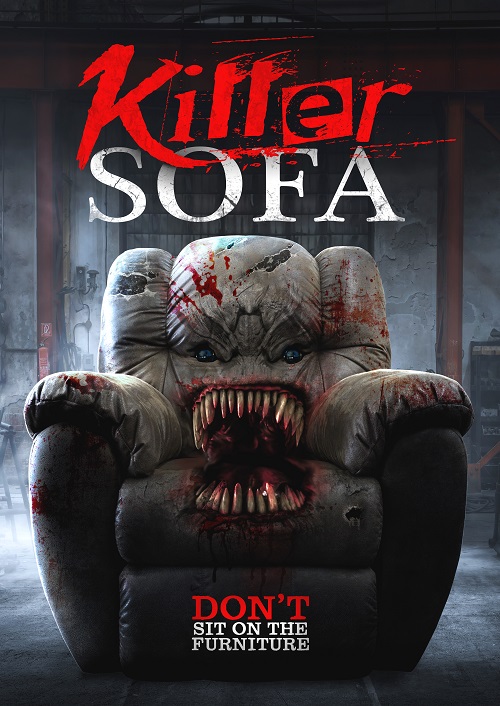 Furniture on a killing spree: maybe we should think about a new subgenre! After killer tomatoes, dangerous donuts, violent puppets, schizophrenic cars, deadly elevators, psychotic tires, beds and refrigerators… it’s time for the possessed sofa. Possessed by a dybbuck (for those of you not in the know: a sort of Jewish demon). Dancer Franscesca thinks she made a bargain when she buys a comfortable looking armchair for next to nothing. At the first touch of the dancer’s thighs though, the couch is under her spell. Believe us: you don’t want a sofa with a crush on you. That means no more cozy, snuggly evenings with your boyfriends on the couch… The latter’s more jealous than the average Ikea closet and starts a-killing one by one the dudes that try getting between him and Franscesca. Shiny buttons for eyes, its mouth a crooked seam and most importantly, a foot rest as its improbable but ultimate slaughter weapon! So kick back, relax – but do pay a bit of attention to our BIFFF seats (we haven’t been feeding them since last year’s edition) – and enjoy this New Zealand gem by Bernie Rao. One deliciously cult scene after another. Your trips to the secondhand store will never be the same again!