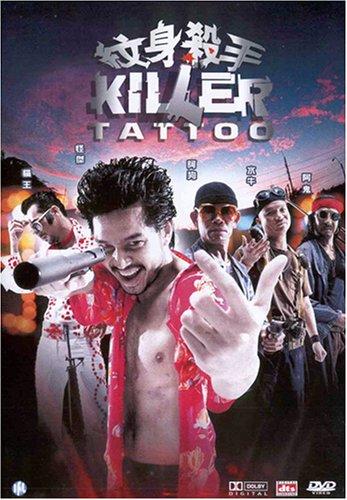 Bangkok, 2009. The economy has collapsed and the city is in the grips of chaos. Old assassin Pae Buffgun gets offered a job on his first day out of prison. He has to kill the Iron Cop, Thailand’s feared police chief. His target is well protected, but the money is good and the chance to make a come back after all those years behind bars is hard to refuse. So Pae starts to assemble his team. There’s his old friend, Ghost Rifle, a great sniper who is scared of his own wife’s ghost, Dog Badbomb, a man with a big bomb and a big mouth and Elvis M16, who can kill and sing at the same time. But there are two things they don’t know. Their contractor mistook Pae Buffgun for Pae Toughgun, the real professional assassin. Second, they face competition from Kit Silencer, the most dangerous young hit man alive.

Killer Tattoo is a Thai rock and roll action comedy with flashy images and lots of gratuitous violence and dark humor. Debut director Yuthlert Sippapak has created a highly entertaining spoof on various genres, from action to sci-fi and horror, and has assembled a likeable collection of hopeless hoods that give the movie a genuine, infectious sense of fun and provide it with an endless supply of physical gags.