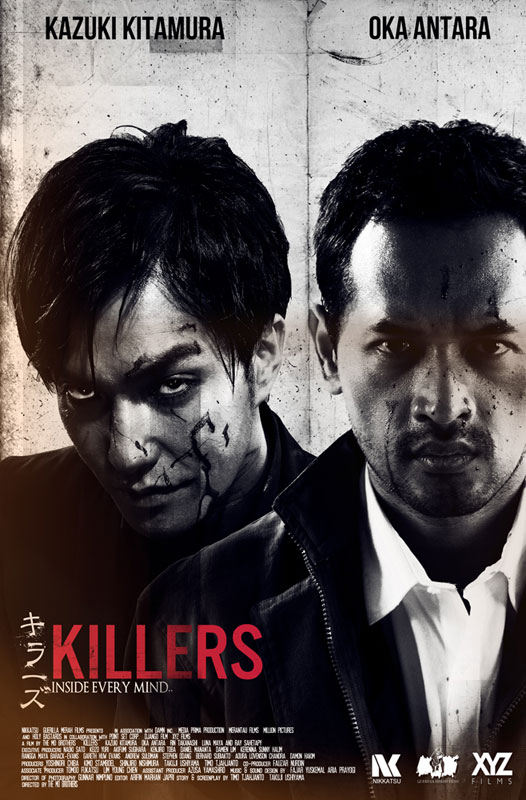 Nomura Shuhei is a young, charismatic, and charming Japanese executive based in Tokyo who has a dark side nobody knows. He kills people and has been recording his actions. Nomura uploads the clips on the Internet so that everybody can see his murders. On the other side of the earth is Bayu Aditya, an ambitious Jakarta-based journalist. His obsession to uncover a story of a powerful and corrupt politician makes his marriage and career fall apart. Feeling desperate, Bayu sees one of Nomura’s videos. His horrible acts inspire Bayu to find out Nomura’s reasons for killing and eventually lead him to follow a dark path and become a killer himself. Bayu tries to kill in the name of justice. He records his acts and anonymously uploads the video on the internet, similar to Nomura’s modus operandi. Nomura is intrigued when he sees Bayu’s video and responds. The psychological bond between them grows and become more complicated. Then Nomura decides to meet Bayu in person. In 2010 we screened Macabre at the BIFFF, a stylish feast of blood and pain directed by the Indonesian filmmakers Timo Tjahjanto and Kimo Stamboel, aka The Mo Brothers. They’re back this year with the impressive Killers, one of the revelations of the recent Sundance Film Festival. It’s a dark and gruesome experience that slowly grabs you by the throat and never releases its hold. Carefully constructed scenes of tension and anticipation are followed by explosions of horror and action. The Mo Brothers know their audience through and through and play with the expectations of genre fans. Killers is a very smart and strong genre experience that holds a mirror to the obsession with horror and brutality of its target audience.