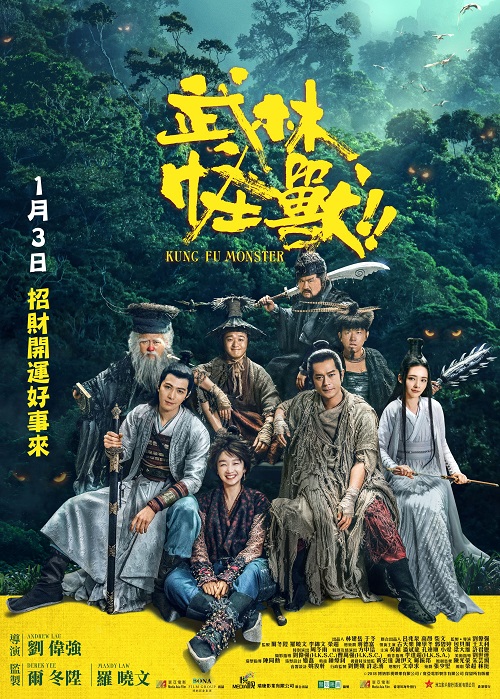 During the Ming Dynasty, imperial animal trainer Ocean is introduced to a rather strange creature which he names Lucky. After he witnesses the innocent gremlin-like ball of fur getting mistreated by the evil eunuch Crane, he sets him free. This infuriates Crane, who immediately puts a huge bounty on both Ocean and Lucky’s heads. From all corners of China, bounty hunters with the most diverse backgrounds and masters of the martial arts sign up for the hunt. However, we must inform that Lucky is a cute, harmless creature as long as he gets his way. If that’s not the case, this adorable Furby becomes a horrible Hulk… This is the ideal film for fans of fantasy and the wuxia films, packed with acrobatics and strange creatures. Directed by the legendary Andrew Lau, known from the famous INFERNAL AFFAIRS trilogy (later remade by Scorsese with DiCaprio among others). This time he delivers a blockbuster with a special effects budget the size of AVATAR!