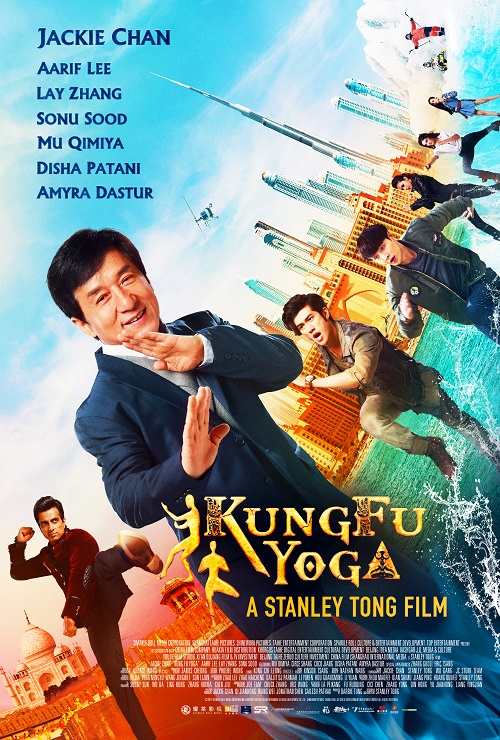 Jack is a renowned professor of archeology at the Terracotta Warrior Museum in China’s ancient city Xi’an. One day, Dr. Ashmita, a beautiful Indian archaeologist, arrives to show Jack a map that may present a clue to the long lost treasures of the Magadha Kingdom. She invites him on an expedition to Tibet. The group is joined by Jones Lee, whose father was Jack’s close friend. Using high-tech GPS and VR imaging, the group locates the frozen cave where the Magadha Royal Army vanished more than a thousand years ago. They are suddenly ambushed by Randall, the direct descendant of the rebel army leader, and his team of mercenaries. During the scuffle, Jones betrays his colleagues and runs off with a precious diamond, while the archaeologists are trapped in the ice cave. Employing ancient yoga breathing techniques, Jack and Ashmita manage to escape from the cave and rescue the remainder of their group. They chase Jones to Dubai, where he has put the diamond up for auction. Don’t you dare think that Jackie Chan has lost his mojo. The legendary Hong Kong action superstar reunites with director Stanley Tong (Rumble in the Bronx) for an archaeological adventure set in Tibet, Dubai, and India. Get ready for a roller-coaster ride of kinetic stunts and exotic locations on a very grand scale. Kung-Fu Yoga is a fastpaced cross-cultural adventure-comedy that’s riotously funny and shows that master Chan still has a trick or two up his sleeve.