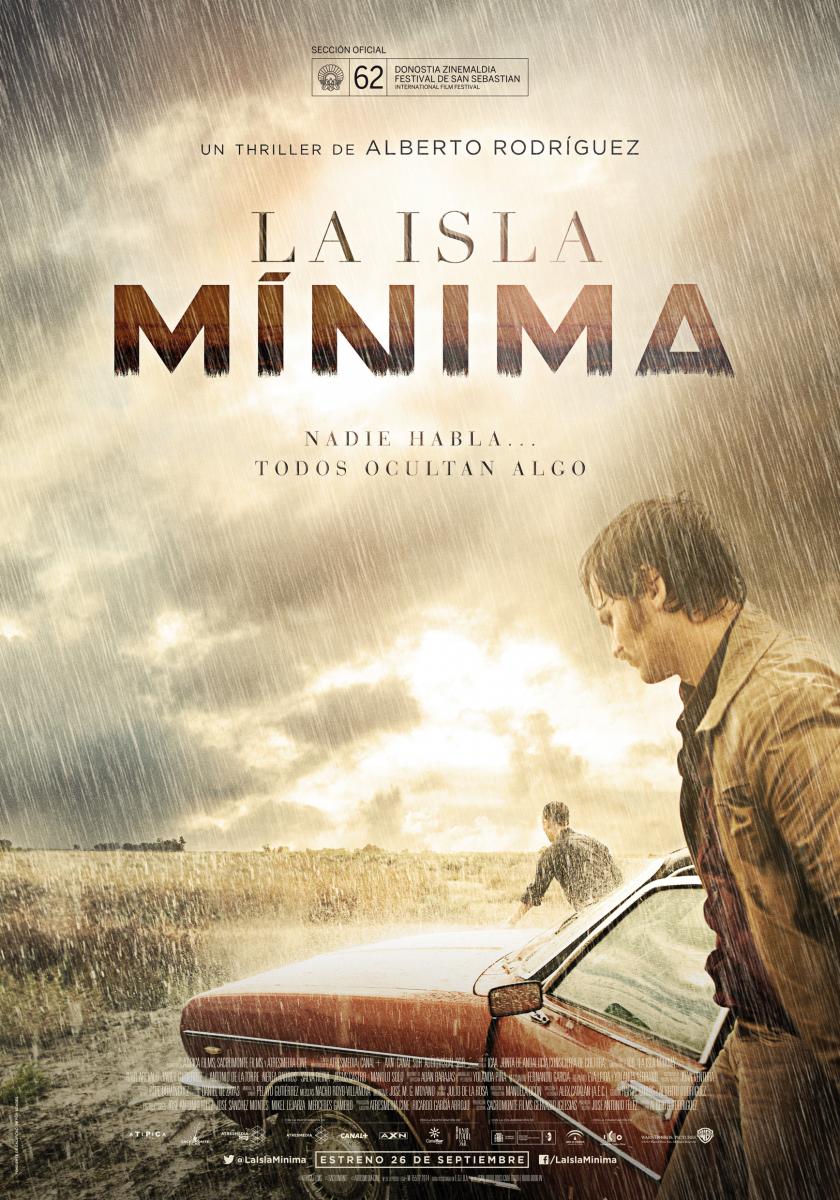 It’s 1980. Spain has just emerged from the Franco dictatorship and is adapting to democracy. Two cops, veteran detective Pedro and the idealist Juan are sent from Madrid to a small town in the Andalusian swamps, where two teenage girls have gone missing. It soon becomes clear that the town is still living in the past and is not much concerned about some missing girls who had a reputation of being “easy”. The two policemen have conflicting personalities. Pedro is eager to get back to the capital to start reforming the police force, while Juan loves womanizing, strong handling people and accepting bribes. When it turns out that a serial killer is haunting the marshlands, they’ll have to bury their differences to catch the killer before he strikes again.

La Isla Mínima was last year’s big winner at the Goya’s (The Spanish Oscars), receiving no less than 10 Prizes. Director Alberto Rodriguez (Unit 7) shot the film on location in the marshlands of Guadalquivir. Its atmosphere can only be compared to that of True Detective and the darkest David Fincher movies. The leads are played by actors we love to see at the BIFFF: Raul Arevalo (Ghost Graduation), Javier Gutiérrez (Ferpect Crime) and Antonio de la Torre (Balada Triste de Trompeta, Cannibal, Neon Flesh).