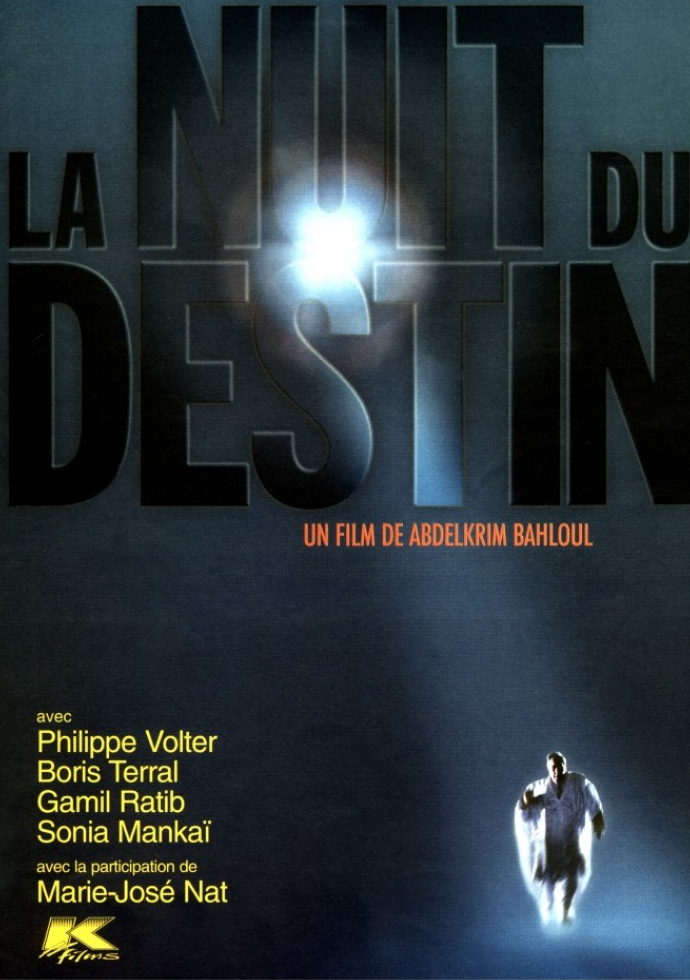 In Paris Slimani, an arabian immigrant, witnesses a murder. Pursued by the assassins, he takes refuge in a mosque. Among his praying compatriots, who are dressed just like him, he manages to shake off the murderers. The next day the police are also looking for the witness. Detective Leclerc is in charge of the investigation. Mister Slimani however decides that time has come to realise his nostalgic dream. He gets ready to leave France for his homecountry, hoping to escape from murderers and policemen. His son Alilou, who is working for a local radio station, doesn’t understand the sudden decision of his father. Leclerc from his part, finds out that entering the musulman-community isn’t that easy for a French policeman. He asks Noria, a beautiful Arabian girl to help him out and to work for him as an interpreter. But Noria disappears.
Abrahim Bahloul has been working as a director for more than ten years now. After films as “Un thé à la menthe” and “A vampire au paradis” he directed “La nuit du destin”, an intelligent detective film. More than a simple story of “man witnesses murder and becomes the new target of the murderers”, La nuit du destin is also the story of immigrants longing for their homecountry, of a son and a father, of integration and differences.