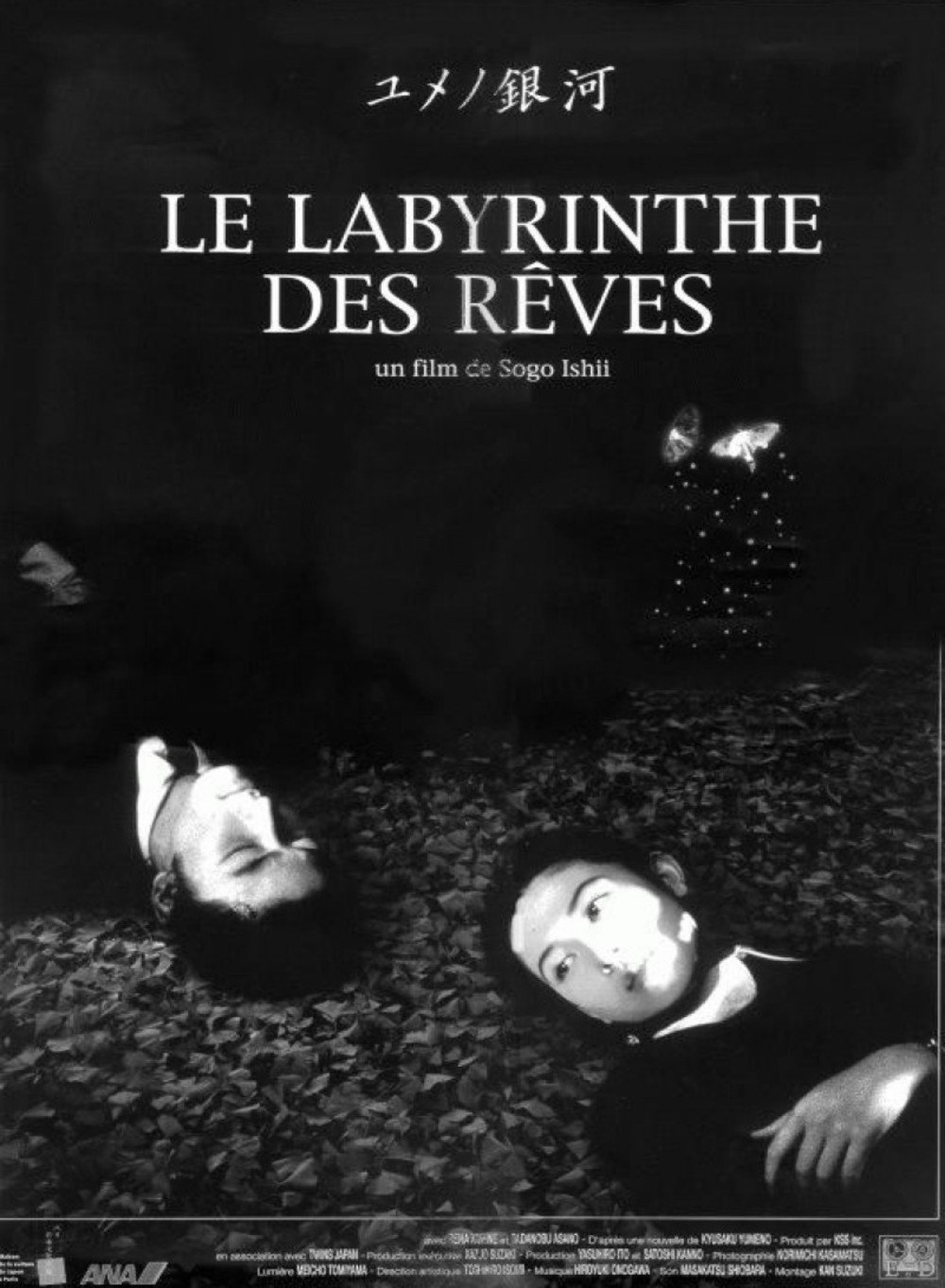 Tyuyako, an efficient and helpful young bus conductor, writes to her friend Tomiko that she’s in love with her driver, Niitaka. Soon afterwards, the bus Niitaka is driving with Tyuyako on board, collides with a car in a narrow tunnel. She is killed while Niitaka survives. At the funeral, another conductor tells Tomiko that there are rumours circulating about the existence of a serial killer-bus driver. Tomiko has by this time decided to become a conductor herself and is employed on a bus route in a small town. Before long, a new driver arrives; Niitaka. Naturally, Tomiko is very wary of the handsome stranger, but gradually she finds herself falling in love with him and throws caution in the wind. As she tells herself : “In my boring life, a chance for adventure has finally arrived”. With Labyrinth of Dreams, maverick Japanese filmmaker Sogo Ishii (Angel Dust, August in the Water) has made a haunting, dreamlike mystery in blackand- white. The movie was based on a book by Kyusaku Yumeno (+ 1936), whose writing embraced the mystery thriller, fairy tale and fantasy. Ishii handles this very strange story as though it were some kind of beautiful nightmare. A very physical director, he expertly uses image and sound to propel the viewer into the heart of the mystery. Rena Komine is disturbingly effective as the naive, foolhardy Tomiko and Tadanobu Asano evokes a brooding presence as the ardent lover who may, or may not be an elaborate killer.