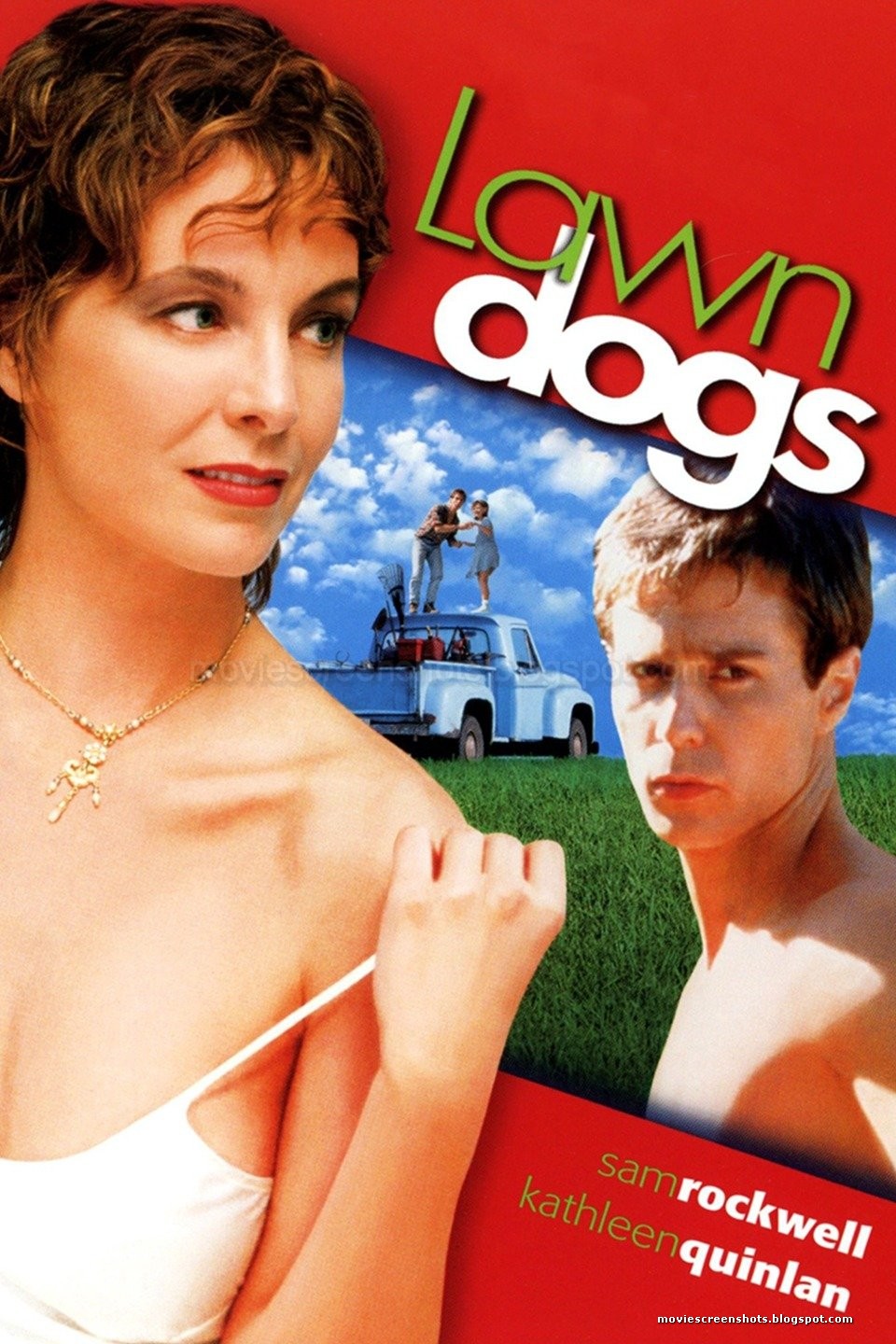 Twenty-one-year-old Trent Burns mows lawns in the affluent Louisville suburb of Camelot Gardens. Each day he faces customers who “forget” how much they owe him, kids who taunt him as if it were their birth-right, and a security guard who treats him like trouble. But Trent needs the money, so he grits his teeth and mows. Ten-year-old Devon Stockard is new to Camelot Gardens. Unlike her socially ambitious parents, she has no friends. But she amuses herself with the scary Baba Yaga fairy tales her uncle used to tell her. She likes to be scared. One day when Devon has been sent out to sell cookies for the Young Rangers, she decides instead to follow a dirt road into the woods. She comes upon an isolated trailer in a tangle of gnarled vines. It could almost be Baba Yaga’s lair come to life, with just the right tree nearby to hide from the evil witch. But it’s actually Trent’s home, and he does not want a ten-year-old girl hanging around.
Lawn Dogs is a quirky and explosive Southern drama about the unlikely friendship between a 10-year-old girl and a 21-year-old working class boy who mows lawns in an affluent Kentucky suburb. John Duigan (Sirens, Flirting, The Journey of August King) directs an exciting cast of veterans and up-and-coming actors in an original screenplay by award-winning playwright and poet Naomi Wallace. Sam Rockwell (Box of Moonlight) stars in the lead role of Trent. Young Mischa Barton stars as Devon. Kathleen Quinlan (Apollo 13) portrays Devon’s mother and Christopher McDonald, well-known for his parts in Quiz Show, Thelma and Louise and Happy Gilmore, plays Devon’s father.