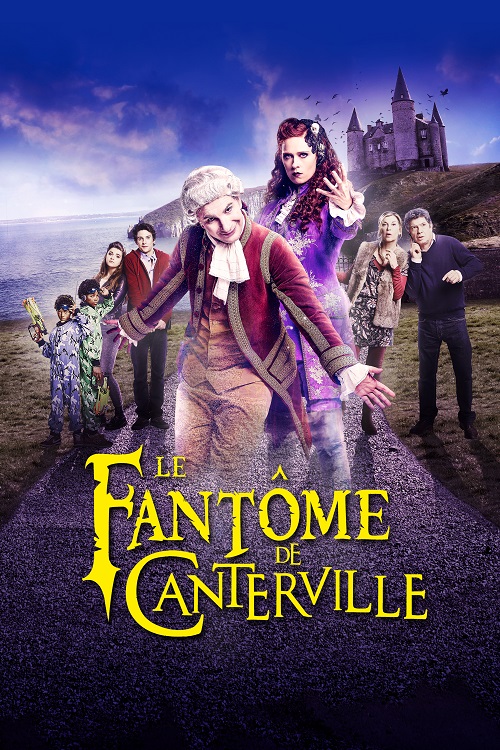 For centuries a castle in Brittany has been haunted by the ghost
of Aliénor de Canterville, who’s cursed to chase everyone away who
dares to set foot in her ancestral home. And she’s really good at this.
With the assistance of her faithful servant Gwilherm, nobody is able
to last more than a few days after discovering chopped-off heads in
the laundry basket, seeing sheets with ball and chain in the corridors
or a nicely timed “booooh!”. But that’s about to change when the Otis
family from Paris buys the castle. It’s impossible for Aliénor to scare
these 21st Century urbanites. Even worse, the children play pranks
on her and the parents just ignore her. Only 15-year old Virginia Otis
cares about the fate of the Canterville ghost and will try to release
her from the curse.
You could say that Yann Samuell (Jeux d’Enfants, La Guerre des
Boutons) is a specialist of the French feel-good movie. This time he
adapts Oscar Wilde’s classic to the great joy of young and old. The
Canterville Ghost is chock-a-block with fun and brings together a
great Gallic cast, among whom Audrey Fleurot (Mais qui a re-tuer
Pamela Rose?, The Intouchables), the extremely popular Michael Youn
(Iznogoud, Fatal, Vive la France) and Lionnel Astier, known for the
TV-series Kaamelott.