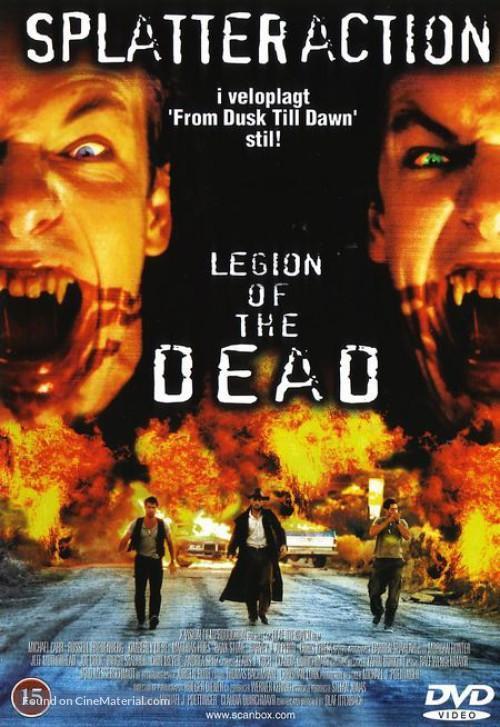 LEGION OF THE DEATH

Two guys, handsome William and his sidekick Luke, have just started their trip through the Californian desert when they’re kidnapped by Mike, the Kern River Killer. Securing their escape through hilarious means and with the aid of an old friend, they stumble into a small desert town where, unbeknownst to them, a mysterious tall Blonde Man and his sadistic henchmen are killing people to create a Legion of the Undead. Now things really start to go wrong. William falls in love with Geena, the beautiful waitress at the local restaurant and Luke spins out of hormonal control. Suddenly, the restaurant is attacked by the Legion. The Blonde Man gives an ultimatum to hand over Geena within two hours or he will personally come in to get her. The clock ticks as the ultimatum draws near… and the fight against evil has only just begun ! Legion is the newest brainchild of German goremeister Olaf Ittenbach, who has made a reputation for himself with splatter-feasts such as Black Past and The Burning Moon. His horror-comedy Premutos : The Fallen Angel, a symphony of hacked off limbs and free flowing blood, was presented at the Festival in 1999. Now he returns with his most ambitious film, Legion, an insane party of laughter and gore. It features an international cast with Michael Carr (The Krays, Beyond Desire) as William, Russell Daniel as Luke, Kimberly Liebe as Geena and Matthias Hues (Start Trek VI : The Undiscovered Country, Bloodsuckers) as the Blonde Man.