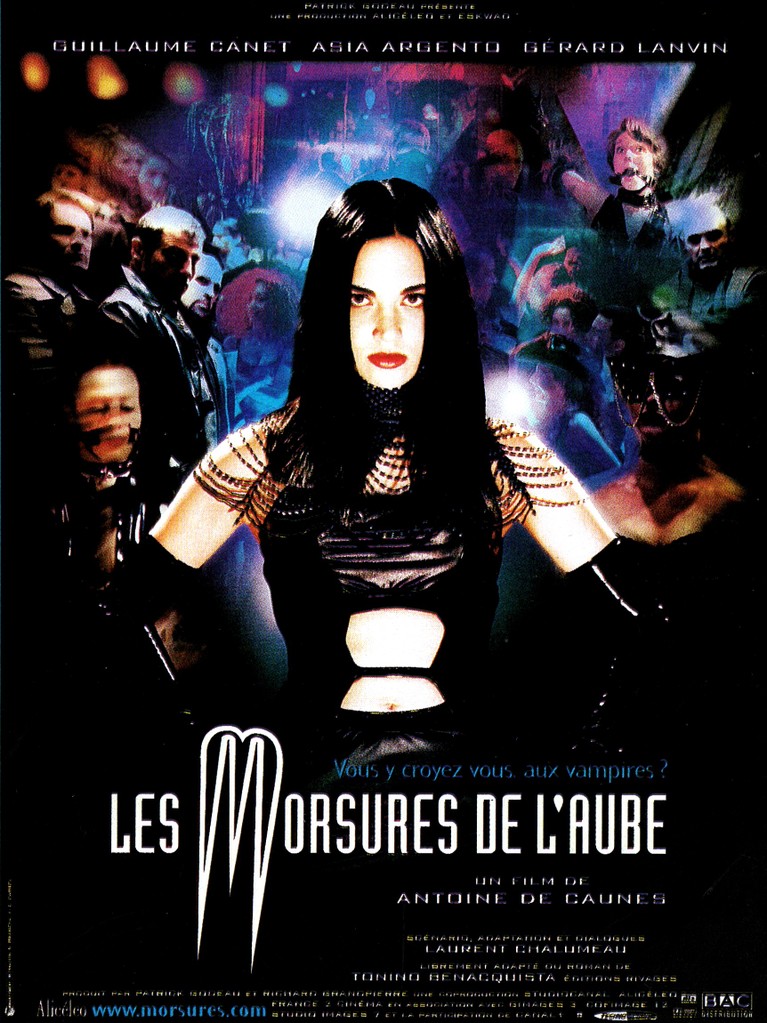 Antoine is always trying to crash the most exclusive parties. But you need connections to get in if you don’t want to be at the mercy of the doormen. Antoine pretends to be buddies with Jordan, a wellknown name in Parisian nightlife, even though he has never met the man. One night, things go wrong. Antoine tries to bluff his way into a flashy joint and gets threatened by a guy who’s got a few accounts to settle with Jordan. Antoine is now forced to search for his illustrious friend. He soon finds out that Jordan and his sister Violaine are not the kind of people you want to be associated with. Antoine de Caunes, known as the hyperactive presenter of the Tv-show Rapido, wanted to make a movie about the famous detective Arsène Lupin. When he found out in 1998 that the rights on Maurice Leblanc’s novels were taken, he decided to adapt Les morsures de l’aube, the bestseller by Tonino Benacquista. De Caunes has succeeded in transmitting the book’s insinuations about vampirism onto the big screen and can count on performances by Asia Argento (The Stendhal Syndrome, B. Monkey, New Rose Hotel), Guillaume Canet (The Beach) and Gérard Lanvin (Le choix des armes, Le prix du danger).