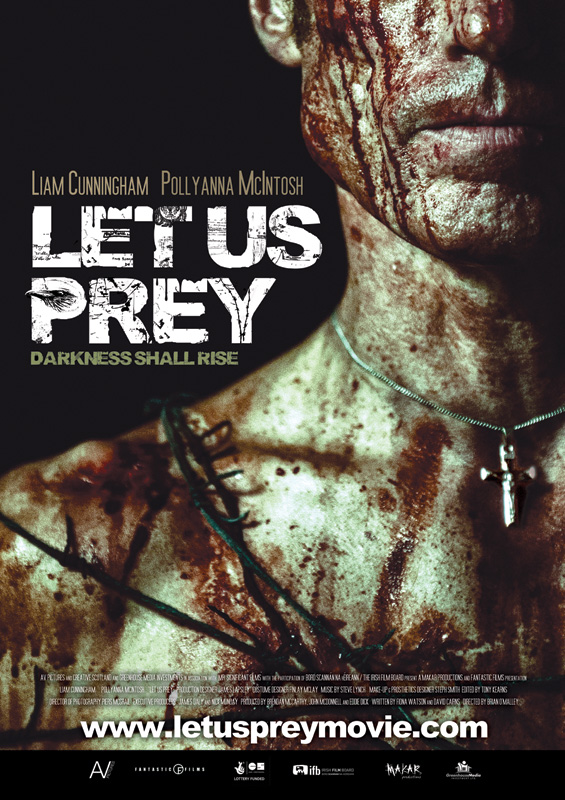 Rachel Heggie, a tough female cop from the big city is transferred to a small village in the Irish countryside. To show the stuff she’s made of, she arrests the only criminal in the region and puts him in a cell for the night. But that’s not the end of it. It’s the beginning of the worst possible nightmare. The thing is; the Devil’s in town. He carries a worn-out duffel coat, has a grey beard… and is smirking in the police cell. He plans to take some doomed souls with him before midnight. Soon, the vilest and dirtiest secrets are no longer safe? Exemplary police officers turn into psychopathic maniacs who want to slash your soul out of your body. Let Us Prey, the first long feature by Brian O’Malley, produced by our friends Brendan McCarthy and John McDonnell (Stitches, Outcast, Wake Wood) manages to create hell in the enclosed space of a police office as if it were a demonic version of John Carpenter’s Assault on Precinct 13. With a diabolical Liam Cunningham (War Horse, Dog Soldiers , Game of Thrones) and a courageous Pollyanna McIntosh (The Woman, Burke and Hare).