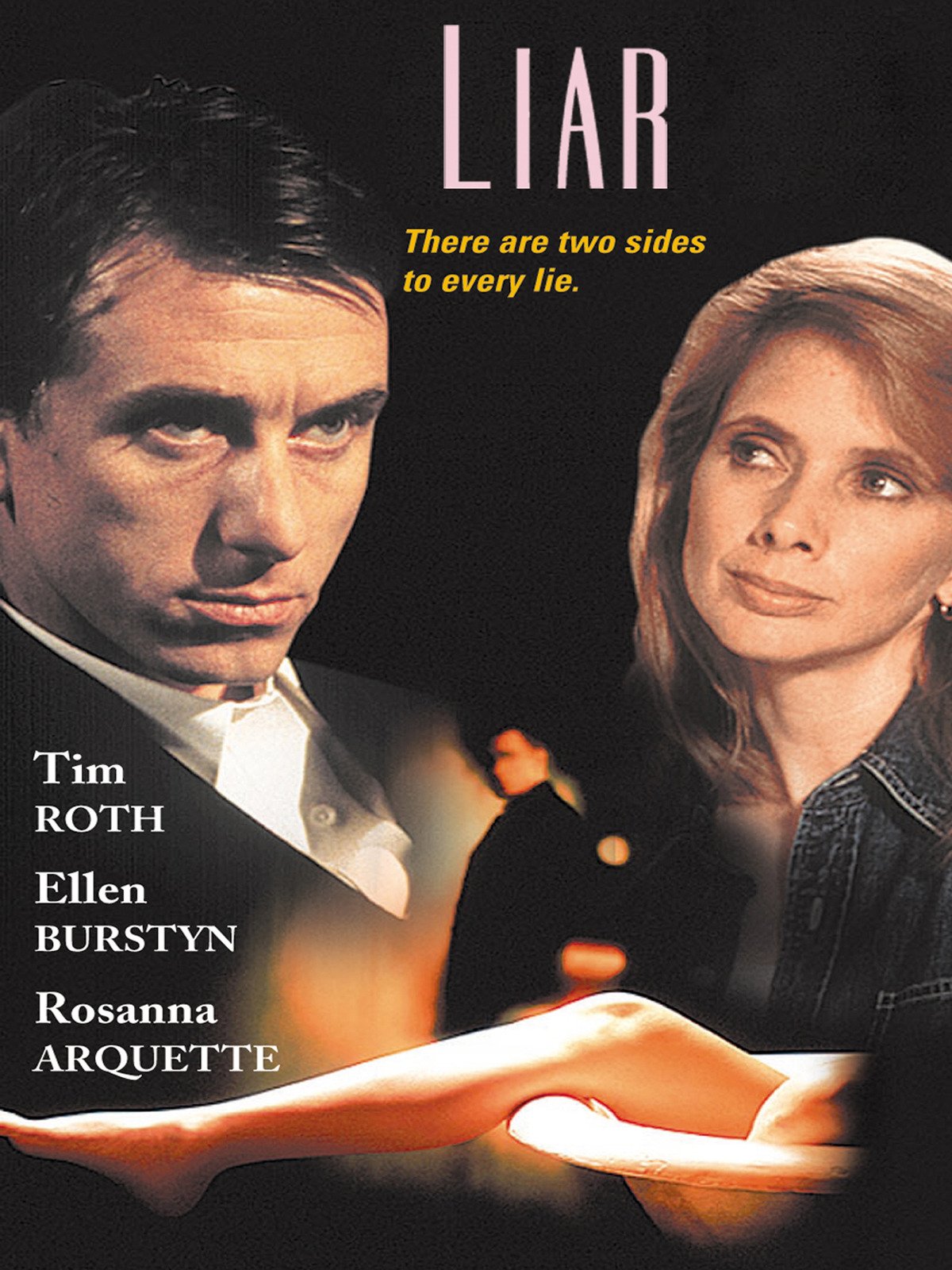 The bleak, dingy interrogation room of a police station. A well-dressed man, John Walter Wayland, is given a lie detector test by detectives Braxton and Kennesaw. Kennesaw is one of the country’s leading polygraphists: smart, accurate, on the force for twenty years. He watches while Braxton, new to this, administers the test. Four needles drag omniously across the page. Wayland is questioned about his statement concerning the events of March 19th. He insists he told the truth. He never lies. When the police go out to grade the test, he examines the electrodes on his finger tips. His thoughts can be heard: “I believe in me. I believe in me.” A sudden flashback to a dark and desolate urban park produces breathing and footsteps – but no one is there.
Liar centers around the murder of Elizabeth, a beautiful prostitute played by Renee Zellweger (Jerry Maguire, Love and a .45). Tim Roth (Reservoir Dogs, Pulp Fiction, Little Odessa) plays John Walter Wayland, the rich young suspect who is subjected to a lie detector test by a leading forensic investigator. Chris Penn (Rumble Fish, Reservoir Dogs, Short Cuts, The Funeral) plays detective Braxton, the investigator’s ambitious partner. Over the course of a few days, we learn the dark and twisted backgrounds of these three men as the suspect tries to beat the lie detector and turn the investigation back on the investigators. Liar is written and directed by Jonas and Josh Pate (The Grave).